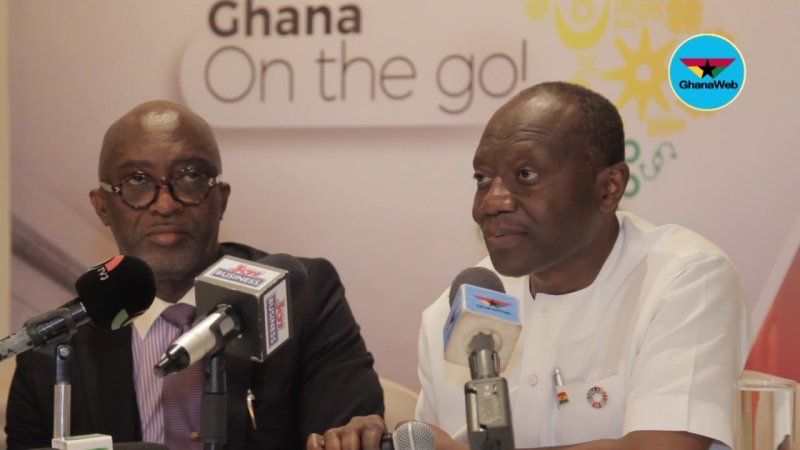 The Minister of Finance, Ken Ofori-Atta is leading a business delegation to Japan on the second leg of the Non-Deal Investor roadshow to Japan to strengthen investment and trade relations between Ghana and Japan.

The visit from April 9-14, 2018 formed part of government’s resolve to make Ghana the financial hub in the sub-region and to diversify the sources of funds for Ghanaian bonds.

The Finance Ministry in a press statement issued in Accra yesterday and copied to the Ghanaian Times said the visit was expected to boost bilateral trade and economic relations with Japan and the delegates to highlight investment opportunities in the financial services sector, health, transport infrastructure, especially railway, real estate, agribusiness, manufacturing and industry.

It said the delegation includes the Minister of Roads and Highways, Deputy Ministers for Trade, Information and Health, as well as the Deputy Governor of the Bank of Ghana.

To broaden and expand the investor base of Ghana’s bonds, the statement said the Finance Minister and the Deputy Governor will hold strategic meetings with portfolio and asset managers where they hoped to whip up appetite for Ghanaian instruments.

Ghana recently gave an indication of a possible issuance of Samurai and green bonds in the near future.

"An equally high point on the agenda is the planned business seminar during which the Finance Minister and officials of the Ghana Investment Promotion Centre will make a pitch to investors and officials of the Japan External Trade Organisation, a Japan government-related organisation that works to promote mutual trade and investment between Japan and the rest of the world, the organisers of the seminar," the statement said.

The statement said while in Japan, the sector ministers would meet key government officials and the related businesses from the private sector to outline and explore possible areas of investment co-operation in road and rail development, health and trade.

"Other critical engagements include, a meeting with the Japan Bank for International Co-operation as well as with the State Minister for Foreign Affairs and officials of Japan International Cooperation Agency to conclude the Ghana Japan Bilateral Investment Treaty," the statement said.

It said the delegation would take the opportunity to meet and interact with the Ghanaians in Japan to highlight the economic transformation, and opportunities to invest in the government’s priority projects as well as with the proposed Diaspora Bond.

The statement said a private sector group from Ghana, organised by the Ghana Investment Promotion Centre would also be in Japan at the same time to explore business opportunities in the Japanese Market.

"I particularly look forward to this meeting with the Deputy Prime Minister, in which we would reiterate our aspirations towards a Ghana beyond Aid which in the medium term needs a critical mass of international support to achieve the aspired transformation," the statement quoted the Mr Ofori-Atta as saying.

It would be recalled that a delegation led by the Finance Minister undertook a similar visit to Singapore and Hong in February this year resulting in a high interest of fund and asset managers in Ghanaian bonds as well as new business opportunities between investors from both countries.