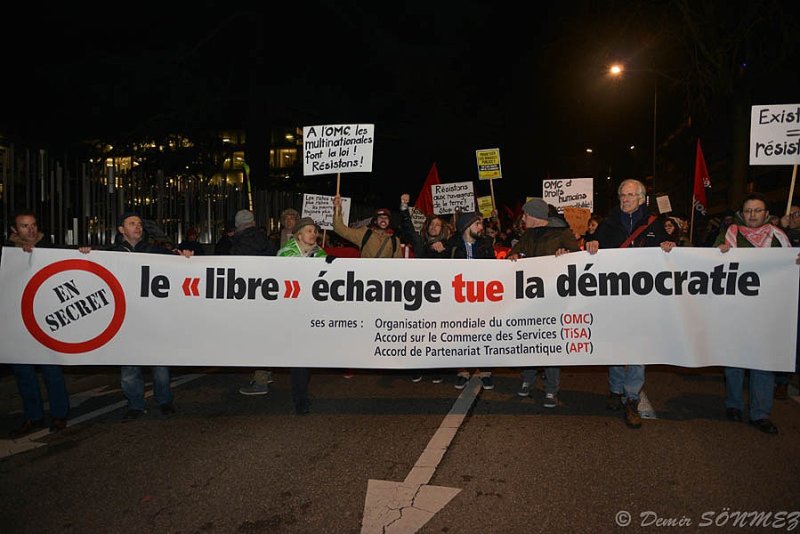 Global economy moved one step forward, one step back in 2015

Last year was a memorable one for the global economy. Not only was overall performance disappointing, but profound changes — both for better and for worse — occurred in the global economic system.

Most notable was the Paris climate agreement reached last month. By itself, the agreement is far from enough to limit the increase in global warming to the target of 2º Celsius above the pre-industrial level.

But it did put everyone on notice: The world is moving, inexorably, toward a green economy. One day not too far off, fossil fuels will be largely a thing of the past. So anyone who invests in coal now does so at his or her peril. With more green investments coming to the fore, those financing them will, we should hope, counterbalance powerful lobbying by the coal industry, which is willing to put the world at risk to advance its shortsighted interests.

Indeed, the move away from a high-carbon economy, where coal, gas, and oil interests often dominate, is just one of several major changes in the global geo-economic order. Many others are inevitable, given China’s soaring share of global output and demand. The New Development Bank, established by the BRICS (Brazil, Russia, India, China and South Africa), was launched during the year, becoming the first major international financial institution led by emerging countries.

And, despite President Barack Obama’s resistance, the China-led Asian Infrastructure Investment Bank was established as well, and is to start operation this month.

The U.S. did act with greater wisdom where China’s currency was concerned. It did not obstruct the renminbi’s admission to the basket of currencies that constitute the International Monetary Fund’s reserve asset, special drawing rights (SDRs). In addition, a half-decade after the Obama administration agreed to modest changes in the voting rights of China and other emerging markets at the IMF — a small nod to the new economic realities — the U.S. Congress finally approved the reforms.

Almost unnoticed after years of desultory talks, the World Trade Organization’s Doha Development Round — initiated to redress imbalances in previous trade agreements that favored developed countries — was given a quiet burial. America’s hypocrisy — advocating free trade but refusing to abandon subsidies on cotton and other agricultural commodities — had posed an insurmountable obstacle to the Doha negotiations. In place of global trade talks, the U.S. and Europe have mounted a divide-and-conquer strategy, based on overlapping trade blocs and agreements.

As a result, what was intended to be a global free-trade regime has given way to a discordant managed-trade regime. Trade for much of the Pacific and Atlantic regions will be governed by agreements, thousands of pages in length and replete with complex rules of origin that contradict basic principles of efficiency and the free flow of goods.

The U.S. concluded secret negotiations on what may turn out to be the worst trade agreement in decades, the so-called Trans-Pacific Partnership (TPP), and now faces an uphill battle for ratification, as all the leading Democratic presidential candidates and many of the Republicans have weighed in against it. The problem is not so much with the agreement’s trade provisions, but with the “investment” chapter, which severely constrains environmental, health, and safety regulation, and even financial regulations with significant macroeconomic impacts.

In particular, the chapter gives foreign investors the right to sue governments in private international tribunals when they believe government regulations contravene the TPP’s terms (inscribed on more than 6,000 pages). In the past, such tribunals have interpreted the requirement that foreign investors receive “fair and equitable treatment” as grounds for striking down new government regulations — even if they are non-discriminatory and are adopted simply to protect citizens from newly discovered egregious harms.

While the language is complex — inviting costly lawsuits pitting powerful corporations against poorly financed governments — even regulations protecting the planet from greenhouse-gas emissions are vulnerable. The only regulations that appear safe are those involving cigarettes (lawsuits filed against Uruguay and Australia for requiring modest labeling about health hazards had drawn too much negative attention). But there remain a host of questions about the possibility of lawsuits in myriad other areas.

Furthermore, a “most favored nation” provision ensures that corporations can claim the best treatment offered in any of a host country’s treaties. That sets up a race to the bottom — exactly the opposite of what Obama promised.

Even the way Obama argued for the new trade agreement showed how out of touch with the emerging global economy his administration is. He repeatedly said that the TPP would determine who — America or China — would write the 21st century’s trade rules.

The correct approach is to arrive at such rules collectively, with all voices heard, and in a transparent way. Obama has sought to perpetuate business as usual, whereby the rules governing global trade and investment are written by U.S. corporations for U.S. corporations. This should be unacceptable to anyone committed to democratic principles.

Those seeking closer economic integration have a special responsibility to be strong advocates of global governance reforms: If authority over domestic policies is ceded to supranational bodies, then the drafting, implementation, and enforcement of the rules and regulations has to be particularly sensitive to democratic concerns. Unfortunately, that was not always the case in 2015.

In 2016, we should hope for the TPP’s defeat and the beginning of a new era of trade agreements that don’t reward the powerful and punish the weak. The Paris climate agreement may be a harbinger of the spirit and mindset needed to sustain genuine global cooperation.