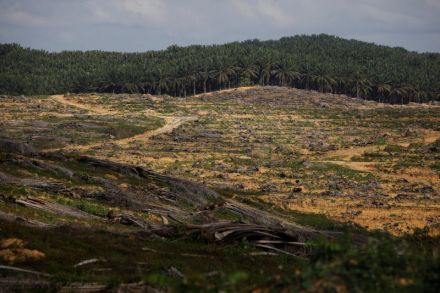 Govt should stop free trade talks with the EU

Malaysian palm oil producers urge the government to reject the revival talks of free trade agreement with the European Union (EU) in view of its move to boycott palm biodiesel.

Felcra Bhd chairman Datuk Mohd Nageeb Abdul Wahab, in a media briefing here today said, “We have been very diplomatic and tactful when dealing with this matter, but enough is enough."

"The only way to approach this matter now is through political and economic means," he said, adding that Indonesia, the world’s second largest palm oil producer, shares the same view in responding to the EU’s plan to ban palm biodiesel.

The EU-Malaysia free trade agreement negotiation was initiated in 2010 but it was set aside in 2012. The EU bloc, headquartered in Brussels, consists of 28 member states.

“Malaysia should not have any free trade agreement talks with the EU unless and until the EC stops discriminating palm oil,” said Nageeb.