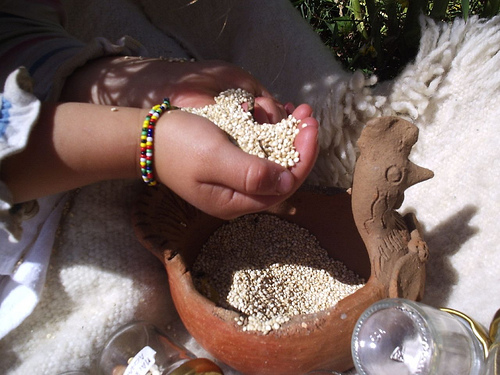 Guatemala’s unicameral Congress voted 117-111 on Sept. 4 to repeal Decree 19-2014, the Law for Protection of Procurement of Plants, in response to a lawsuit and mass protests by campesinos and environmentalists. The law, which was to take full effect on Sept. 26, provided for granting patents of 25 years for new plants, including hybrid and genetically modified (GM) varieties; unauthorized use of the plants or seeds could result in one to four years in prison and a fine of $130 to $1,300. The law had already been weakened by the Court of Constitutionality; acting on an Aug. 25 legal challenge from the Guatemalan Union, Indigenous and Campesino Movement (MSICG), the court suspended the law’s Articles 46 and 55. The law was originally passed to comply with an intellectual property requirement in the 2004 Dominican Republic-Central America Free Trade Agreement (DR-CAFTA), and it was unclear whether Guatemala might now be excluded from the US-promoted trade bloc.

Opponents labeled the legislation the "Monsanto Law," after the Missouri-based multinational Monsanto Company, the world’s leading producer of GM seeds. Activists charged that the law opened the way to the introduction of GM plants, which might contaminate local crop varieties and disrupt traditional indigenous farming. Campesinos also felt they could lose their livelihoods due to competition from large-scale farmers who can afford higher-yielding seeds from multinationals.

Opposition to the law appeared to be broad. On Sept. 2 thousands of indigenous campesinos blocked the Inter-American highway at three points in the southwestern department of Sololá until 6 pm to demand the law’s revocation. The protests were led by mayors of the department’s 82 indigenous communities, and some communities closed schools so that students could join in. Organizers estimated total participation at 120,000. Opposition to GM plants and to the dominance of multinationals like Monsanto has been growing in Latin America; indigenous communities in southeastern Mexico have won three court actions blocking GM soy so far this year. (Adital, Brazil Sept. 2; Prensa Libre, Guatemala, Sept. 2; TeleSUR English, Sept. 5)

From Weekly News Update on the Americas, September 7.