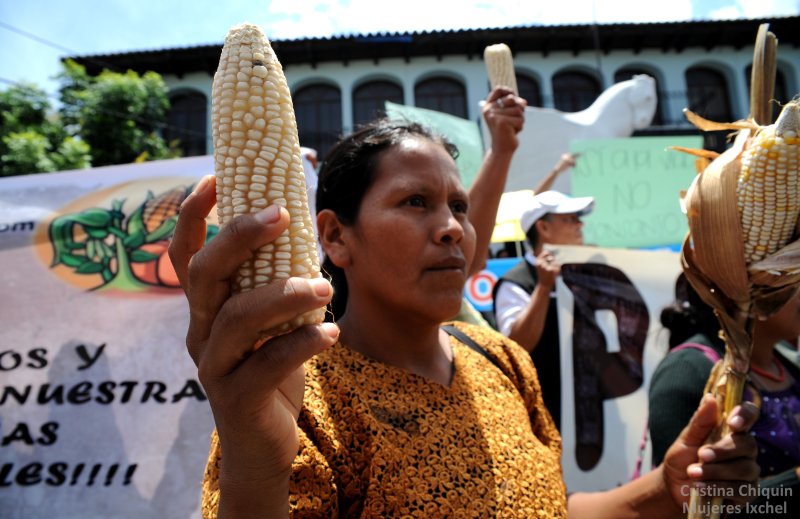 Translated from Spanish by bilaterals.org

The Constitutional Court (CC), the highest legal body of Guatemala, provisionally suspended today the entry into force of the controversial "Monsanto Law" which would legalise property rights over plant varieties in Guatemala, official sources said.

The decision was adopted by the magistrates after a writ of amparo was filed by the Guatemalan Union, Indigineous and Peasant Movement, which demanded a derogation on grounds that the law would harm the country.

The resolution of the Court says that the article stipulating the law’s entry into force as of 26 September is now suspended.

The decision also gives the parties 15 days to present their arguments to the CC about the law, which was approved by Congress last June. 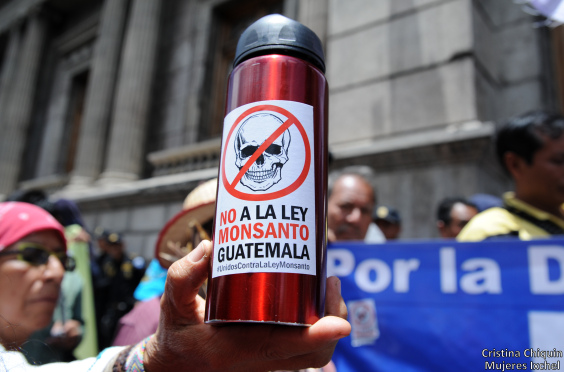 The Court’s decision was adopted one day after several parliamentarians expressed their willingness to consider a derogation, given the rejection of the law throughout the country.

Both the governing Patriotic Party (PP) and the opposition party Renewed Democratic Freedom (Lider) announced that they would present motions to the plenary of the Legislative Body to prevent the law coming into force on 26 September.

The approval of the law was one of the obligations the State of Guatemala acquired when it signed the 2005 free trade agreement between Central America, the Dominican Republic and the United States (US-DR-CAFTA).