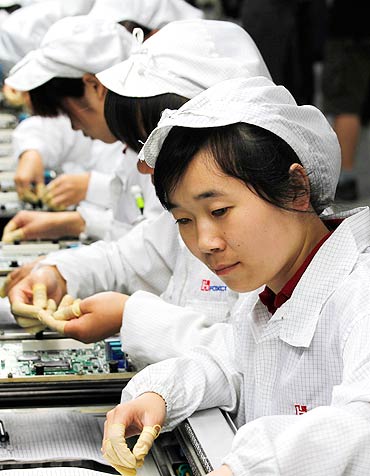 Considering the fact that the US and the EU account for a third of the world trade, and that the exports from BRICS largely depend on advanced-economies’ demand, the third world countries will presumably be compelled to adapt to their standards and regulations.

How can BRICS survive amidst TTIP?

BRICS can either pursue a BRICS FTA as a way to balance the TTIP and further increase their political and economic influence—such a move would enable them to counter this attempt to marginalise them—or they can maintain the status quo.

As the US and the EU prepare to enter into the largest trade deal in history—the Transatlantic Trade and Investment Partnership (TTIP)—an arrangement which would complement the other gigantic US-led trade deal, the Trans-Pacific Partnership (TPP), speculations run rife over the striking absence from the deal of the countries which emerged as the more assertive leaders after the 2008 financial crisis, and steered the global economy from plunging further, namely the BRICS. The five countries represent about 43% of the world’s population. As of 2013, their combined foreign-currency reserve is $4.4 trillion. From $27 billion in 2002, trade within the group surged to $282 billion in 2013. The group accounts for about 15% of the world trade and 20% of the global FDI flows. Interestingly, according to the UNDP, Brazil, China and India’s combined GDP will be greater than the combined GDP of the US, the UK, Canada, France, Germany and Italy by 2020.

With these developments, however, the question of how the BRICS adapt and consolidate their position globally is one that holds considerable relevance. With the negotiations of the TTIP between the EU and the US—together responsible for the makeup of 46% of the world economy—verging conclusion, the options available to the BRICS are limited. The TTIP is not only an attempt to forge a trade deal aimed at market liberalisation and eliminating trade barriers between the US and the EU, but it essentially marks the latest strategy to preserve the rules on international trade and thus continue to dominate over the international governance structures.

It is notable that while the US and the EU don’t enjoy the same economic prowess as they once did, the emerging economies of the BRICS continue to gain more clout in international forums and work towards evolving an order favourable to their development and growth. This slow, continued transition of the global economic governance from the developed world to the developing countries can be seen at the Doha Round negotiations, where the developing countries led by the emerging economies like India and Brazil form the majority of the membership of the WTO; and the interests of these countries form the core of the negotiations. Furthermore, multilateral forums like the WTO allow these countries to rely on the special and differential treatment to protect their interests and block the initiatives of the developed countries.

Consequently, while the Doha talks continue to drag along, trade agreements like the TTIP seem the perfect avenue for the US and the EU to set standards for world trade—shutting out, in the process, the emerging trade blocs like the BRICS from playing an active role. Considering the fact that the US and the EU account for a third of the world trade, and that the exports from BRICS largely depend on advanced-economies’ demand, the third world countries will presumably be compelled to adapt to their standards and regulations. Thus, effectively, this deal is principled on the policy of exclusion of the emerging economies, resulting in a setback for multilateralism. Considering this, one must consider the potential impact the TTIP would have upon states that are not part of the FTA.

A recent study speculates that low-income countries, collectively, could stand to gain approximately 2.4 billion euros, suggesting benefits for non-TTIP countries. The same study argues that the TTIP would lead to an increase in GDP and thus an increase in income for households in the US and the EU. Such an increase in household income would translate into a greater purchasing power and thus a higher demand for goods and services, including those offered by countries that are not part of the TTIP. However, a similar report sees a significant loss of market share for developing countries as a result of the FTA. The study speculates that trade between Germany and BRICS would drop by around 10% while US-BRICS trade would decline by around 30%. Both studies present distinct scenarios and predictions resulting from the conclusion of the TTIP negotiations.

In these two contexts, the BRICS can decide to go two ways. First, they can pursue a BRICS FTA as a way to balance the TTIP and further increase the BRICS’ political and economic influence. A study analysing the proposed BRICS FTA found that China, Brazil, India, Russia and South Africa would see gains in welfare. Such a move would certainly be a concrete step towards enhancing cooperation between the countries and would enable them to counter this attempted move to marginalise them. Second, they can maintain status quo. The TTIP does not pose a significant threat to the BRICS and has the potential to have a positive spillover towards other countries. The BRICS could take an approach of passive engagement. While not directly attempting to balance the TTIP, the BRICS could intensify their efforts at closer cooperation among themselves and consolidate position as a powerful trade bloc.

The biggest impediment, however, to the BRICS becoming a cohesive force is the bilateral economic tensions. China, for one, continues to have the lion’s share in the intra-BRICS trade, resulting in fragile bilateral economic relations with the other countries of the bloc. Currency manipulation by China remains another sticking point. Conclusive actions for removal of barriers to trade and investment need to be taken. Inadequate infrastructure and framework conditions, in particular, are barriers—the negative effects of which far exceed the tariff barriers and other non-tariff barriers. The establishment of the BRICS Development Bank would to a great extent address infrastructure funding shortages in these countries.