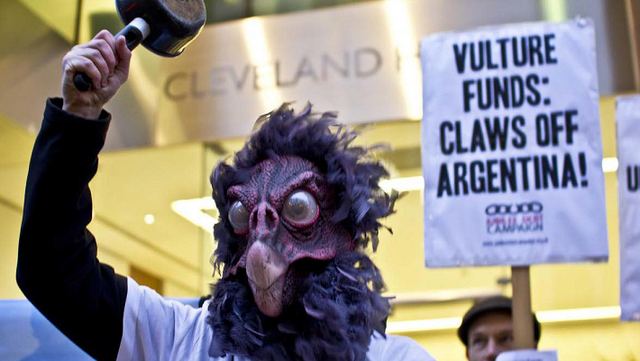 International investment and trade agreements are legally binding international treaties which give investors an additional layer of legal protection on top of the host country law and contract law. However, little efforts have been made in ironing out the interface between these different laws and treaties. Inconsistencies and even contradictions have emerged in dispute settlement decisions, sometimes at the expense of public good, sovereignty and financial and economic stability. An asymmetry seems to exist in the allocation of risks and benefits between investors and recipients of investments. Even though arbitration cases for creditor and sovereign disputes arising from sovereign bonds are few and much less numerous than those related to foreign direct investment, with the few cases becoming more publicized and with more and more developing countries including low income countries floating bonds even with poor or no sovereign risk ratings, the potential of more such kind of disputes in the future does exist and should not be overlooked. Bond contracts cannot govern IIAs. As a result, efforts to improve bond contracts have become futile unless otherwise stipulated in IIAs to allow bonds be excluded or given special treatments in times of debt restructuring or financial crisis. IIAs have strengthened markedly the creditor/investor rights and made sovereign debt restructuring more difficult and more costly when the IIAs’ definition of investment includes debt instruments. Without the complication of IIAs, debt restructuring may face litigation challenges in the national courts stipulated in the bond contracts. However, in the scenario in which a country has signed IIAs which could be interpreted as including bonds under the broad scope of investment, holdout creditors would have another avenue to get compensation, namely the arbitration tribunal. The economic cost of the two layers of legal protection of creditors could be very high for sovereign borrowers. On the one hand there is the compensation for the holdout bond owners if a favourable ruling is won at designated national courts. On the other, the cost for the arbitration process itself can be a big burden for countries suffering from financial distress. On top of this, some provisions in the IIAs make some generally accepted debt crisis containment and prevention measures non-compliant with IIA provisions. The fear of being dragged to an arbitration tribunal could negatively impact on effective crisis containment thus making debt restructuring bigger in scale and also “too late”. It is high time for the international community to address the interface between the private and public law. Countries have also been re-evaluating/reviewing and reforming IIA provisions. The new generation of IIAs are getting longer as provisions are becoming more detailed, restrictive and complex. To reduce cases of arbitration and preserve policy and regulatory space for governments are the main objectives for the ongoing reform of IIAs. Such kind of reform and scrutiny have also included provisions related to debt instruments and the treatment of debt restructuring.

How IIAs have made debt restructuring even more difficult and costly