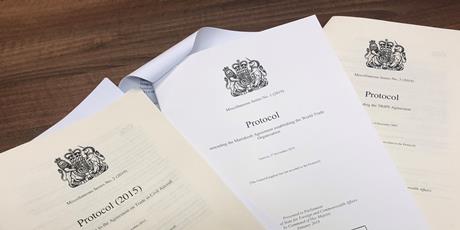 How unique are preferential trade agreements?

In the study, Todd Allee and Manfred Elsig use text analysis tools to examine PTAs from around the world and find that most PTAs’ content is copied word for word from earlier agreements. According to their analysis, at least 100 PTAs take over 80% of their contents directly from a single, existing treaty—with many copying and pasting 95% or more. Where agreements include topics such as anti-dumping and safeguards, which have been covered extensively in earlier agreements over the years, such copy-pasting is even higher.

Interestingly, the authors find that this copy-pasting is more common in agreements involving post-communist countries and signed in the early to mid-1990s. These countries would have had little experience negotiating free trade agreements. They argue that these countries might find it attractive to copy and paste as an efficiency short-cut. But they also argue that the more powerful countries, like the US, are also likely to replicate their preferred templates, especially when the treaty partner is significantly weaker.

For instance, they found that the US-Colombia agreement (2006) copies the same language that was used previously in the US-Chile agreement (2003)—with only minor tweaks in terms of numbering, proper nouns and language.

A common worry about the trend from multilateral to bilateral agreements is that it will lead to greater legal fragmentation. But the authors suggest that, if legal language is highly replicated, adding more treaties may not necessarily lead to fragmentation.