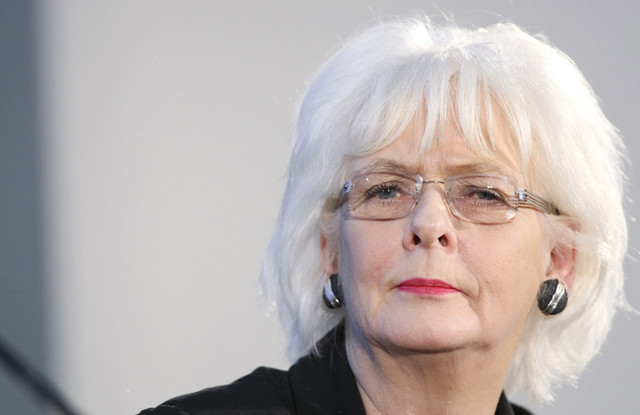 Iceland became the first European country to sign a free trade agreement with China in a bid to sell its expertise in geothermal energy to the $7.3 trillion Asian economy.

Iceland is working on deepening ties with China that could help speed up efforts to emerge from its 2008 economic collapse, when its three-largest banks defaulted on $85 billion in debt. The north Atlantic nation is seeking to resuscitate its $14.4 billion economy by returning to the industries it once relied on for growth, such as tourism, fishing and energy.

“It’s important for Iceland to conclude pacts like this to strengthen trade following the economic collapse,” Sigurdardottir said in an interview. The free trade agreement will “increase the soundness of business transactions and presumably the interest among Chinese and Icelandic companies that are cooperating” in geothermal power. Geothermal Power

The volcanic island gets about 25 percent of its power from geothermal sources and the rest from hydropower. It wants to sell that expertise to diversify sales, given marine products now account for 90 percent of Iceland’s exports to China.

China is already benefiting from Iceland’s expertise after 80 Chinese students graduated from the United Nations University Geothermal Program in Reykjavik, making them the “most populous” foreign alumni, according to Sigurdardottir.

Even so, Iceland’s relations with China have been under strain after the island nation repeatedly rebuffed attempts by Chinese billionaire Huang Nubo to lease 300 square kilometers (116 square miles) of land from local authorities in the country’s northeast. Huang, who planned to invest $200 million in the remote mountain site to build a golf course and use it as a spring board for other ventures in Scandinavia, has set a May deadline for talks with the government.

The billionaire’s plans were pushed off the table by Interior Minister Ogmundur Jonasson, who has introduced a bill limiting the ability of foreigners to purchase land or houses in the country. The law must be approved by the Reykjavik-based Parliament.

The minister is concerned foreign land purchases will slow or impede development and risk natural resources, according to an interview he gave broadcaster RUV in January. EU Trade

Those concerns are moot, Jon Ormur Halldorsson, associate professor in international business at the Reykjavik University, said in a telephone interview. “There’s nothing to suggest that the Chinese have any ulterior motives by concluding this deal with Iceland.”

Iceland already has a free trade agreement with the 27- member European Union, and 83 percent of exports go to the European Economic Area, which includes the EU, Iceland, Norway and Liechtenstein. Iceland’s exports to China amounted to 7.6 billion kronur ($64 million) in 2012, while the island bought goods — mostly furniture, clothing and electronics — worth 42.6 billion kronur.

“In a way, China is a sideshow to the EU,” said Halldorsson. Even so, “we should seek to expand our horizon and open up as many doors as possible.”