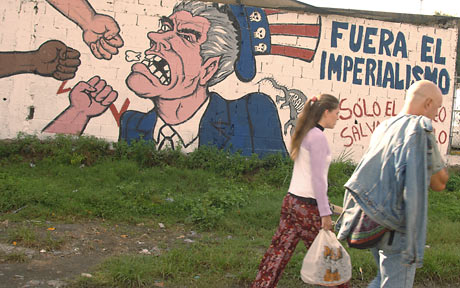 An International Centre for Settlement of Investment Disputes (ICSID) Committee has annulled nearly 90% of the US$1.6 billion Award which had been won by ExxonMobil affiliates in their ICSID arbitration against Venezuela following the expropriation of the claimants’ investment in the Cerro Negro oil production project. The Committee found that the Award unjustifiably ignored relevant provisions of the underlying investment agreement between the Mobil parties and a state-owned Venezuelan entity in calculating the compensation due for the investment’s appropriation by the state.

The investment by the Mobil entities was governed by a joint venture agreement with a state-owned entity, which had to be (and was) approved by the Venezuelan Congress. The Congressional approval specified that the agreement could not impose any obligation on Venezuela or restrict its sovereign powers, and required that the agreement include a specific provision that the state-owned entity would compensate Mobil in the event the state undertook any “discriminatory measure” resulting in “adverse and significant economic consequences” to Mobil. Those consequences, as defined in the approval and the agreement, were limited and compensation for them was capped depending on the price of oil.

Following nationalization of the Cerro Negro project in 2007, Mobil brought an International Chamber of Commerce (ICC) arbitration against the state-owned entity and an ICSID arbitration against Venezuela, based on the Bilateral Investment Treaty (BTI) between Venezuela and the Netherlands (the state of one of the Mobil entities). The ICSID Tribunal awarded compensation to Mobil from Venezuela with credit for amounts paid by the state-owned entity to avoid a double recovery, but without application of the investment agreement’s “price cap.” The Award against Venezuela, the Tribunal held (and the Committee agreed), was “to be calculated in conformity with the requirements of Article 6(c) of the BIT,” which requires “just compensation” representing “the market value of the investments affected.” But the Tribunal did not consider the underlying agreement’s “price cap” in calculating that market value. That, according to the Committee, was a deficiency in both reasoning and the application of the appropriate sources of law sufficient to justify an annulment.

The Tribunal had observed that Venezuela could not rely on its own law to escape its obligations under a treaty, but the Committee deemed this a “straw man” in the case at hand, where there was no inconsistency between application of the “price cap” and the treaty’s requirement of “just compensation.” The Tribunal made no finding that the conditions imposed by the Congressional authorization or the investment agreement were themselves breaches of the BIT. On the contrary, the Tribunal determined that the expropriation, divorced from the question of compensation, was not illegal. Against that backdrop, the Committee observed, “it becomes very hard to see in what way the invocation of the Congressional Conditions and Association Agreement can have been thought to be equivalent to an attempt to make the provisions of Venezuelan law prevail over Venezuela’s international obligations.” In other words, if it were not a breach of the investment treaty to impose the “price cap,” why would it be a breach of the treaty to apply it in calculating compensation due?

One potential answer to that question, suggested by the Tribunal’s Award, is that Venezuela was not itself a party to the investment agreement by which the “price cap” was imposed. But that answer, according to the Committee, only goes so far. It may be that Venezuela’s liability is not, strictly speaking, contractually limited. However, that does not mean that the underlying contract is irrelevant in determining the value of the investment Venezuela expropriated.

The Committee also rejected the idea that some more general “international law,” apart from the relevant treaty, justified the Tribunal’s decision not to apply the price cap: “[N]othing can be found on the face of the Award to establish what the relationship is between the postulated liability ‘under international law’ and the compensation criterion expressly laid down in the BIT.” Instead, the relevant international law is the treaty itself; the treaty provides for “just compensation” representing the “market value” of the investment, and that value is affected by the contract defining the investment. As a result, US$1.4 billion of the Award no longer stands.

In the meantime, Venezuela’s appeal of a US court’s order entering judgment on the basis of the original $1.6 billion Award, filed before the annulment, remains pending (United States Court of Appeals for the Second Circuit, Case No. 15-707). While that appeal proceeds, the US judgment against Venezuela is stayed.