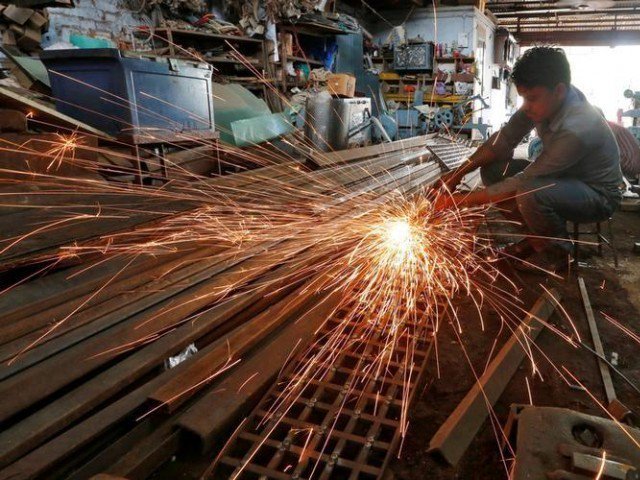 Prime Minister’s Advisor on Commerce, Textile, Industries and Production and Investment, Abdul Razak Dawood recently acknowledged that FTA-II is a very complicated document, adding that some industries may get hurt because of CPFTA-II agreement and would create a hue and cry while others may benefit. During the PML-N administration efforts were made to sign the pact with China but the local industry blocked the move on the plea that local industry will die as a result.

Former Special Assistant to the Prime Minister on Revenue, Haroon Akhtar Khan while talking to Business Recorder said that the negative impact of FTA-I was the closure of several industrial units in Pakistan particularly small and medium enterprises; and this happened when duty was 0-5 percent on 35 percent of Chinese tariff lines. With liberalization of 75 percent tariff lines Akhtar maintained, the remaining manufacturing base of the country would be massively hit which would imply there would not be sufficient quantity available for exports.

Haroon Akhtar Khan further maintained that Pakistani exporters would be competing with not only local Chinese products but also with Association of Southeast Asian Nations (ASEAN). Pakistan can only snatch the share of ASEAN and local Chinese industry when its industry is able to compete with them. He urged the government to undertake a comprehensive analysis of the lists line by line and invite the industry to make its suggestions to make the agreement in Pakistan’s interests. Insiders in the chambers argue that the FTA-II negotiators did not take the entire local industry on board and only a few top industrialists were consulted who were also taken to China.

Haroon Akhtar pointed out that President Trump won his election on the promise that he would impose punitive duties on Chinese products which he has done and the US economy has grown by over 3 percent. He contended that Pakistan is unlikely to compete with China in the Chinese domestic market.

Pakistan and China signed the second phase of FTA on April 28, 2019, in Beijing. The first phase of China Pakistan Free Trade Agreement was implemented in 2007 when Pakistan’s trade deficit with China was around $ 4.3 billion, rose to around $ 6 billion in 2012 and registered over $ 14.5 billion in 2018.

In 2006, in Pakistan, massive tariff rationalization was carried out and industrial sector (especially medium and large scale manufacturing sectors) was given due priority considering their significance in economic growth and development of the country. Concessions were provided to local industry and investment through SRO 565(I)/2006, SRO 567(I)/2006 and SRO 575(I)/2006 was encouraged which resulted in strengthening of the industrial base, import substitution and a rise in overall exports from $ 17 billion in 2006-07 to $ 25 billion in 2013-14.

"Though there was some adverse impact of Pakistan-China FTA-I yet this was made up by providing due support to Pakistan’s industrial sector," said an official.

The CPFTA-II is expected to be implemented by July 2019 as revealed recently by the Advisor to the Prime Minister on Commerce, Textile and Industry, Abdul Razak Dawood. And while CPFTA-II may have been negotiated with Pakistan’s best interests at heart yet to be able to take full advantage of the Chinese market there must be coordination and consultation within the government and consultations with exporters carried out to make inroads into the Chinese market (given that China imported goods valued at $2.115 trillion) whereas Pakistan’s exports were only $ 2.18 billion in same period.

In CPFTA-II, around 3700 similar Tariff Lines (TLs) have been brought to 0% tariff immediately, whereas, a further 1235 TLs would gradually be brought to zero tariffs within 5-years and 1216 TLs within 10-years, with total TLs amounting to 6145.

Pakistan can increase its volume in existing exportable products and can benefit from new potential available in the Chinese market. Under the CPFTA-II China has provided immediate liberalisation on 313 tariff lines which contribute $ 64 billion to China’s global imports and 83% of Pakistan’s global exports.

Though extensive consultative sessions were held with local industry and associations prior to signing CPFTA-II yet now focus is required to consult various sectors and inform them of their potential to export to China.

Analysts argue that concessions available to industrial sector must not be withdrawn on the advice of the International Monetary Fund but reviewed to simplify them. Fifth Schedule must not be eliminated without proper consultations with the industry’s stakeholders.