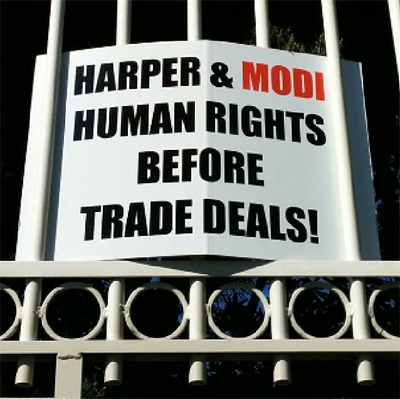 ’India-Canada FTA likely to be concluded by March 2016’

The negotiations for the agreement, which is officially dubbed as Comprehensive Economic Partnership Agreement (CEPA), were launched by both the countries in November, 2010 to further boost bilateral trade and investment.

The proposed free trade agreement between India and Canada, which aims to reduce or eliminate duties on a large number of products traded between the two nations, is likely to be concluded by March next year.

"CEPA with Canada is at a very advanced stage. We expect that by December or latest by March it should take shape," a senior official told PTI.

The negotiations for the agreement, which is officially dubbed as Comprehensive Economic Partnership Agreement (CEPA), were launched by both the countries in November, 2010 to further boost bilateral trade and investment.

The ninth round of negotiations towards a Canada-India CEPA were held here in March this year. The negotiations focused on goods and services.

Besides, apparel traders have sought restoration of concessions for exports to Gulf countries, Africa, Latin America and CIS nations, arguing that India’s outbound shipments to non-traditional markets will be hit.

"Under the new foreign trade policy, FMS and FPS scheme have been merged into Merchandise Exports from India Scheme (MEIS) and these 4 blocks of countries excluded in it.

The apparel exports to non-traditional markets will definitely fall if these incentives are not restored. We have taken up the issue with the government," Apparel Export Promotion Council (AEPC) Chairman Virender Uppal said.

"Ministry of Textiles has very strongly taken up the apparel industry’s request for restoration of incentives under Chapter 3 of the Foreign Trade Policy with the Ministry of Commerce," Textiles Secretary S K Panda told PTI.

Besides, Panda said that the ministry is likely to approach the Union Cabinet for approval of the new national Textiles Policy in August.

The new textiles policy, which is being finalised, aims to achieve USD 300 billion (textiles) exports by 2024-25 and envisages creation of additional 35 million jobs.

"Given its employment and export intensity, apparel industry plays a significant role in realising the vision of Make in India," he said.