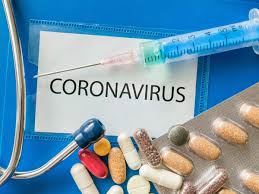 Responding to a question on EU-India free trade agreement (FTA), Neeta Bhushan, Joint Secretary (Central Europe), said, "It was agreed that both sides will work to an early conclusion of the bilateral broad-based trade and investment agreement."

She further shared details about the discussion on COVID-19 by the two Prime Ministers. "The Danish Prime Minister said that the scale at which it is being handled in India cannot be imagined and she expressed deep appreciation for our Prime Minister’s leadership in that context. On the issue of vaccine, it was mentioned that collaboration between like-minded countries will help to meet the challenges of this pandemic and India is well known for its pharmaceutical capabilities, and we are working in the field of vaccine development as well."

During the summit, Prime Minister Modi stated that the Green Strategic Partnership was a new age partnership and will add a new dimension to bilateral relations between the two countries. "This will help to expand economic relations and green growth, and strengthen cooperation on addressing global challenges; with a focus on the implementation of the Paris Agreement and the climate change goals," he said.

Bhushan said that Prime Minister Modi proposed setting up of India-Denmark Green Energy Park in areas where there are large numbers of Danish companies.

"Our Prime Minister stated that the concept of the circular economy should be added and a time-bound action plan needs to be drawn up. He proposed setting up "India-Denmark Green Energy Park in areas where there are large numbers of Danish companies. He also proposed setting up of India Denmark Skill Institute so that the Danish companies will be able to get skilled manpower as per their requirement. Both sides mentioned the strong trade and investment links," she said.