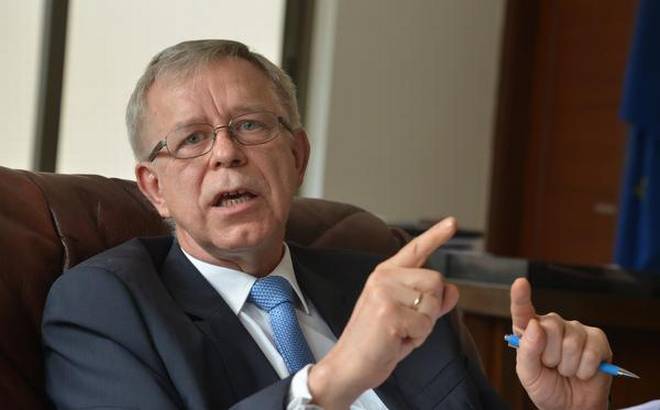 New Delhi: The European Union (EU) is committed to negotiating a broad-based trade and investment treaty with India with the next round of talks between the chief negotiators expected soon, the EU’s ambassador to India Tomasz Kozlowski said on Tuesday.

The negotiators met informally for one round of talks in November and expert-level contacts were on, Kozlowski said, adding that the next meeting between chief negotiators would happen in the near future.

“It means we are very much engaged in the process of discussing the agreement,” he said of the India-EU Free Trade Agreement (FTA), discussions for which started back in 2007. Since 2013, the talks have been on hold.

Both sides have explored resuming negotiations after the Narendra Modi-led National Democratic Alliance government took office in May 2014, but uncertainties over Brexit and inflexibility on both sides have prevented resumption of formal talks.

Talks are mainly seen stuck over high Indian tariffs on European cars and alcohol and the EU not recognizing India as a “data secure” country that will enable free flow of data between India and EU.

Speaking to reporters in New Delhi, Kozlowski said the EU was by far India’s largest trading partner with bilateral goods and services worth €100 billion traded last year. “We are not taking stock of what happened in the past. We are updating each other on our position, on our interests... how far we may go with our position,” the EU envoy said, adding that both sides were approaching the subject with an open mind.

Despite the deadlock in matters of trade and investment, India-EU relations had expanded rapidly and now encompass many new areas, Kozlowski said, listing space and civil nuclear cooperation, counter-terrorism, foreign policy, and security matters as some of the new areas.

Indian and EU naval forces held joint exercises last year and the two sides have extended their dialogue to cover the situation in Afghanistan, Iran and the Middle East. The EU also invited India as an observer to the EU-Africa Summit held last year in Ivory Coast, Kozlowski said.