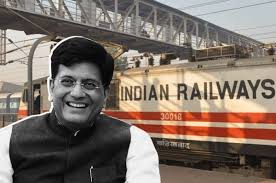 India in the process of finalising FTA with Mauritius: Piyush Goyal

India is in the process of finalising the proposed free trade agreement with Mauritius which is aimed at further strengthening economic ties between the countries, Commerce and Industry Minister Piyush Goyal said on Wednesday.

The proposed India-Mauritius Comprehensive Economic Cooperation and Partnership Agreement (CECPA) seeks to mutually benefit both the countries in the area of trade in goods and services, he was quoted as saying in a statement.

"At present, we have a number of different comprehensive partnership arrangements with countries around the world and we are in the process of finalising a CECPA with Mauritius," Goyal said at the CII-EXIM Bank Digital Conclave on India Africa project partnership.

He also said that recently India and the Southern African Customs Union (SACU) decided for early resumption of negotiations for a preferential trading agreement (PTA).

A PTA is slightly different from a free trade agreement (FTA). In FTA, two sides reduce or eliminate duties on the maximum number of products they trade in, whereas in a PTA, the tariffs are eliminated or cut on certain number of items.

The minister said that in the near future, India will be happy to work more closely with the African free trade zone.

Further, he said India will continue to support Africa through lines of credit in priority sectors such as agriculture, irrigation, health, digital technology, power plants, transmission lines, and rail infrastructure.

As of June 2020, India has committed USD 12.7 billion for 40 countries in Africa on highly favourable terms, he added.

The bilateral trade, he said, grew from about USD 7 billion to nearly USD 67 billion in the last 20 years and "it has tremendous potential for further growth in the years to come".

India is the fifth largest investor in African continent with a cumulative investment of over USD 54 billion in the last few years in areas like oil and gas, mining, banking, and textile.

"There is a huge scope for manifold increase in Indian investments in the wake of the African Continental Free Trade Agreement (AFCTA)," he said, adding "we can mutually benefit through establishment of India-Africa value chains in many areas such as textiles, pharma, auto, agro processing and information and communication technology".