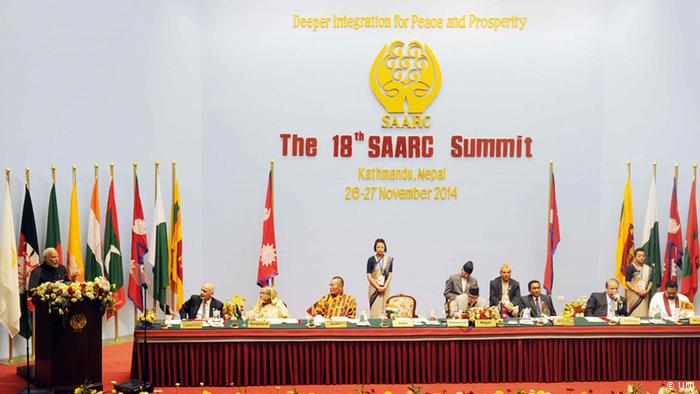 New Delhi: Weeks after spearheading a meeting of SAARC leaders through a video conference over Covid-19, India is now planning to hold a similar initiative with the commerce and trade ministers of those countries to deal with the rising challenges posed by the pandemic, ThePrint has learnt.

This comes in the wake of severe shortage of medical equipment and other essential items in South Asia.

Apart from the growing shortage of medical supplies and other items, most of the countries in South Asia are facing the challenge of exporting their products to international markets as several nations have announced lockdowns to halt the spread of the highly infectious novel coronavirus.

“A strategy needs to be worked out to deal with specific challenges of SAARC countries. First will be issues relating to movement of goods. Many SAARC countries have few products that badly need to be exported to save jobs and economies. For example, Bangladesh has a lot of unsold garments,” a senior official told ThePrint.

While the agenda has not yet been finalised by the Ministry of Commerce and Industry and SAARC countries are yet to be officially invited by India for the video conference, some member countries, which ThePrint approached, said it will be difficult to revive intra-SAARC trade — owing to past differences and changing geopolitics due to inroads by China in India’s neighbourhood.

According to a diplomat of one of the SAARC countries, the main hurdle will be identifying the goods that are to be traded between the countries as some of the bigger nations under SAARC, such as India, Bangladesh and Sri Lanka, produce the same type of goods.

Also, movement of goods has never been smooth in the South Asian region due to connectivity issues, which is one of the reasons that trade pacts such as the SAARC Preferential Trading Arrangement (SAPTA) and the South Asian Free Trade Area (SAFTA) have remained stagnant.

“The very fact that SAPTA and SAFTA never took off is because all these countries were never able to focus on trade, keeping politics aside. It is time for us to sink in our differences and find a way forward. But it won’t be without difficulties,” said trade expert Jayant Dasgupta, who was also India’s Ambassador the World Trade Organisation (WTO).

Dasgupta said for countries like Bangladesh, these are exceptionally difficult times as 85 per cent of their foreign exchange reserves come from export of garments and apparel, which are now piling up as western markets have shut down.

Apart from Bangladesh and Sri Lanka, Pakistan is also staring at an export loss of about $2 billion due to the Covid-19 outbreak.

While trade within South Asia has been dragging its feet for several decades, China has been able to make inroads in some of these countries by providing items of daily needs to Pakistan, Sri Lanka, Bangladesh and Nepal, said a diplomat of another SAARC country.

“China has been certainly stepping in even before the pandemic kicked in. It has been also selling products for cheap. So demands are being met. Trade between SAARC (countries) can be facilitated by way of medical supplies to address the immediate concerns due to the coronavirus,” the diplomat said.

Besides providing items of daily needs, China has been donating medical equipment such as masks, gloves and ventilators to India and its neighbours.

India, according to official sources, is facing a severe shortage of medical supplies. It is procuring these items from China as well as South Korea. Issues between India & Pakistan

As far as Pakistan is concerned, India last year revoked the status of most-favoured-nation (MFN) accorded to the country, after the February Pulwama attack. Pakistan had never granted the status to India.

“All the SAARC countries will have to keep their differences and objections behind, and look forward to seamless trade and connectivity in this time of unprecedented crisis. Barriers to trade have to be removed and production has to be ramped up in order to meet demands,” said Biswajit Dhar, trade economist and professor at the Jawaharlal Nehru University.

On 15 March during the video-conference with SAARC leaders, Prime Minister Narendra Modi had pledged a contribution of $10 million towards a ‘SAARC Covid-19 Emergency Fund’. All countries, except Pakistan, have announced their monetary contribution for the fund.

Pakistan Prime Minister Imran Khan was the only SAARC leader, who gave the video conference a miss. He was represented by Khan’s special assistant on national health services, Zafar Mirza.