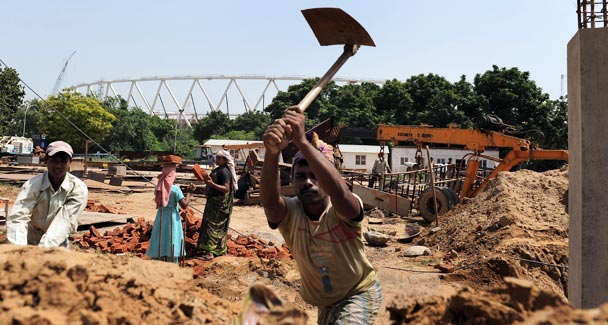 Senior officials from 16 Asian countries, including India and China, will hold wide ranging deliberations on issues, such as duty cuts in goods, as part of proposed mega trade deal RCEP during a five-day meeting at Brunei starting from February 15.

"This will be a crucial meeting of the member countries as all the members have exchanged their offers with regards to duty cuts in goods. Services and investment issues would also be discussed during the meeting," an official said.

As part of its goods proposal, India has not offered any duty cut on steel to China, Australia and New Zealand in the proposed free trade agreement among the 16 Asian members.

This will be the 11th round of the negotiations. The RCEP talks started in Phnom Penh, Cambodia in November 2012.

The 16 countries account for over a quarter of the world’s economy, estimated to be more than USD 75 trillion.

The RCEP deal is also important amidst the Trans Pacific Partnership (TPP) agreement led by the US. Indian industry is apprehensive that this pact would impact Indian exports.

Commerce and Industry Minister Nirmala Sitharaman too had said that TPP will certainly have an impact on India’s exports in sectors such as pharmaceuticals, textiles and chemicals.

India has also offered to open its market the most for Asean countries — with which it has an FTA in place — and has offered to eliminate duties or tariffs on 80 per cent of items for the 10-nation bloc.

Similarly, for Japan and South Korea, it has offered to open up 65 per cent of its product space.

For Australia, New Zealand and China, New Delhi has proposed to eliminate duties on only 42.5 per cent of products. As India does not have any kind of FTA with these three countries, its offer is less.

Under FTA, duties on most of the products traded between the countries are either eliminated or reduced sharply to a zero-duty regime in phases.

Such trade pacts are likely to help India raise its share in the global trade — to 3.5 per cent by 2020, from the current 2 per cent.