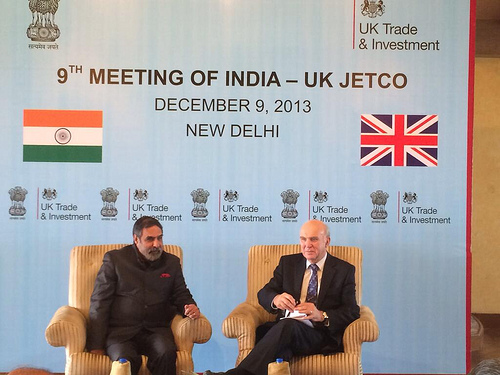 India will ask the UK to review restrictions on work visas imposed last year that has affected the Indian IT industry when Trade Ministers from both countries interact at the India-UK Joint Economic and Trade Committee (JETCO) meeting in London later this month.

“Issues for discussion in India’s agenda would include visa restrictions that have hit Indian companies in the UK and specific non-tariff barriers for exports including quality standards. It will also discuss ways to attract more investments from the country,” a government official told BusinessLine.

The Indian delegation will be led by Commerce and Industry Minister Suresh Prabhu. In April 2017, the UK put in place a number of restrictions on work visas that included closing a skills transfer sub-category of visa and raising the salary threshold for other categories.

“Although the UK wants to now increase the number of visas for top-skilled people, it cannot compensate for the restrictions that have been placed on other categories,” the official said.

The UK, on the other hand, would want to stress on improving access in India’s services market including legal, financial and accountancy services, the official added. “The country has been seeking greater access in a number of services sectors and is expected to continue to push for it,” he said. It has also expressed its interest in attracting investments from India in areas such as real estate and infrastructure.

The UK is among India’s major trading partners. During 2016-17, the UK ranked 15th in the list of India’s top 25 trading partners. It is also the fourth largest inward investor in India, with a cumulative equity investment of $24.73 billion (April 2000-June 2017). Following its decision to exit the European Union, the need for the UK to strengthen its bilateral ties with partner countries independently has become more important.

While the UK can engage in free trade agreement (FTA) talks with other countries including India only after the process of full disengagement from the EU is complete, talks are already happening unofficially on the potential of such a pact. “Although there is no chance of an FTA between India and the UK till the country has exited the EU and the terms and conditions under which it has happened are clear, the two sides are informally talking about the contours of a future free trade pact,” the official said.

Formally the two countries are working on easing non-tariff barriers. A new joint working group on trade, primarily aimed at discussing and resolving trade related issues, was formed at the last meeting of JETCO in New Delhi in November 2016. “If most trade related issues between the two countries are sorted out on a priority basis, it would lead to smoother negotiations for a FTA when the right time comes,” the official said.

Stressing on the high value which the UK placed on its close relationship with India, UK Secretary of State for International Trade Liam Fox, who co-chaired the last JETCO meeting in New Delhi with then Commerce Minister of India Nirmala Sitharaman, said that in recent years, the growth in the UK’s merchandise trade with India has far outperformed that of the ‘EU three’ — France, Germany and Italy. “Your country is the third largest foreign investor into the UK economy, and our mutual investments build a trusting commercial relationship that benefits millions of our citizens,” he said.