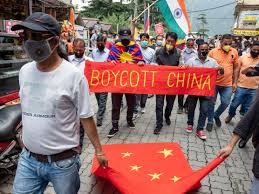 Prime Minister (PM) Narendra Modi, at a recent India-United States (US) business summit, invited global investors to invest in India. He told them that India offered a combination of “openness, opportunities and options”; pointed out that India had undertaken deep structural reforms, improved domestic manufacturing and was committed to diversified international trade; and spoke of merging domestic production and consumption with global supply chains.

PM Modi has never shied away from taking tough decisions. The privatisation of the Indian Railways, public sector disinvestments, reducing corporate tax and opening up coal mining to the private sector are measures which may have been unpopular in certain quarters, but are necessary for the long-term health of our economy, particularly in strengthening our manufacturing base.

To achieve the goal of a politically and economically strong India, the Aatmanirbhar Bharat Abhiyan is a 360-degree initiative to make India an economic superpower. The focus is on five pillars of development: Economy, infrastructure, technology, demography and demand. Our targets are the factors of production. These are land, labour, legislation and liquidity, improving their efficiency and reducing the cost to make our industries globally competitive. This is not restricted to the manufacturing, but targeted at direct benefit transfers to the needy. This has also resulted in demand creation in the economy and helping the vulnerable, particularly farmers, migrant workers and daily wagers.

The campaign for self-reliance has little to do with disengagement with China alone. We discerned the designs of Chinese economic imperialism early on. Our delinking from China began much early than many would like to believe. It began with PM opting out of the Regional Comprehensive Economic Partnership (RCEP). The Chinese leadership tried hard to pressure India to join RCEP or face isolation in the grouping’s 16 countries. But the PM stood firm. In 2010, the United Progressive Alliance (UPA) government signed Free Trade Agreements (FTAs) with 10 Association of South East Asian Nations (Asean) countries, the benefits of which were reaped by China as well. Reduced custom duties from these countries were creating an inverted duty structure in our domestic manufacturing sector, destroying local industries and converting manufacturers into traders.

Therefore, in the Union Budget in 2019, the government increased import duties on over 56 items spread across eight classifications. Items such as toys saw an increase of 60% from 20% earlier. All these efforts were to protect domestic industries from the onslaught of dumping and competition. Without first strengthening domestic manufacturing by providing a level-playing field, and reducing costs and increasing the efficiency of factors of production, we cannot open the floodgates for imports.

The Chinese leadership had almost managed to get the UPA government to accept RCEP. There are reports to suggest this. India’s signing of FTAs with Asean countries, without strengthening India’s domestic industries before opening them to regional and global competition, shows that the country’s interests were compromised. One important question must be asked. Why did India, which was a global leader in the pharma sector, gradually concede Active Pharmaceutical Ingredients (API) production to China? The UPA must answer this.

As of now, with the coronavirus pandemic, the world has realised the risks of over-dependence on supply chains from one nation. We rose to the occasion by identifying this as a risk diversion strategy for global manufacturing companies. It provided India an opportunity to deal domestically with the challenges thrown up by the coronavirus. Further, the Chinese aggression at the Line of Actual Control (LAC) at the Galwan Valley forced the government to immediately impose trade curbs and ban 59 apps from China. This is being hailed as a timely move, though certain economists and industrialists have sounded a note of caution on its long-term impact. But their logic seems based on the line propagated by the Chinese media and China’s government officials.

Fortunately, what we import from China is mostly in areas in which India has the domestic technology to leverage for import substitution. Most of these items do not come under the essential consumption requirements category and are generally non-merit goods. Except in pharma, which China dominates through the supply chain of APIs, it has not been able to penetrate strategic sectors.

India’s manufacturers need to seize this golden opportunity in sectors such as toys, electrical equipment, electronics, minerals, chemicals, iron and steel, plastics, furniture, sports goods, musical instruments, fertilisers and apps. Earlier, the ministry of commerce and industry had identified 12 such sectors; these now constitute 20 sectors. And 371 items have been identified for increasing import duties including non-tariff barriers on some of them.

If you look into the comparative advantage theory domestically, we have to focus on areas such as agriculture, particularly food processing, textiles, affordable housing, health care and education, and increase their contribution to India’s Gross Domestic Product. These sectors can generate large-scale employment and are looking up. This will be our path to recovery.