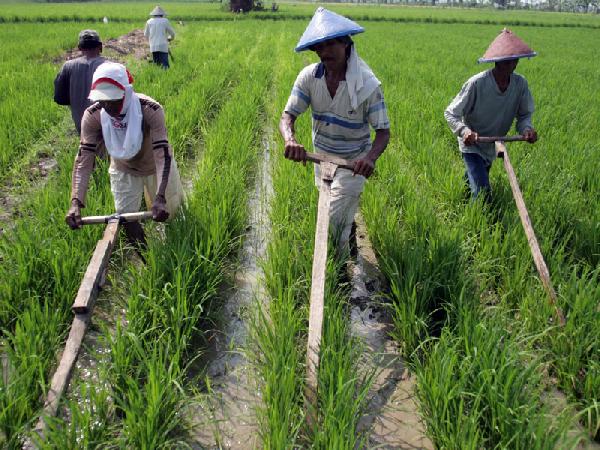 Indonesia and Australia recommit to free trade deal in 18 months

Indonesia and Australia have recommitted to finalising a free trade deal within 18 months despite the appointment of a new Indonesian trade minister in last week’s cabinet reshuffle.

New Indonesian Trade Minister Enggartiasto Lukita stressed there would be "no change to the schedule" after meeting his Australian counterpart, Steve Ciobo, on Tuesday.

Mr Ciobo said his visit to Jakarta - his first trade-related trip since the election - reflected that concluding the Indonesia-Australia Comprehensive Partnership Agreement was his "most significant priority" as trade minister.

"We are all committed to as comprehensive a free trade agreement as possible," he said.

Mr Ciobo said officials would continue to meet and the formal presentation of first offers was "starting to get close".

However details were sketchy.

He also declined to comment on what - if anything - might be off the table, repeating that both countries wanted to secure the most comprehensive deal possible.

The ministers received a report from the Indonesia-Australia Business Partnership Group, which was formed four years ago when trade talks first started to give business a greater role in setting negotiating priorities than usual.

Shinta Widjaja Kamdani, from the Indonesian Chamber of Commerce, said Indonesian members of the group had initially expressed concern about a flood of agricultural products from Australia, and that liberalising services and trade would not add value to the Indonesian services industry.

However she said the group had learnt that Indonesia could benefit from Australian expertise in areas such as how to make agriculture more efficient.

Indonesia is only Australia’s 12th largest trading partner, despite the physical proximity of the two countries and Indonesia’s burgeoning middle class.

"The relationship between Indonesia and Australia as a friendship is very strong, but our economic relationship is not as strong as it could be," Mr Ciobo said.

"We are very very underweight on investment flows between Indonesia and Australia. That is a real opportunity to promote mutually beneficial investment."

The number of Australian businesses represented in Indonesia has shrunk from 450 to 250 over the past decade, amid concerns surrounding protectionism, red tape, corruption and lack of regulatory certainty.

In the 2015 Transparency International Corruption Perceptions Index Indonesia was ranked 88 out of 168 countries.

However the two countries have forged successful partnerships in areas such as red meat, with live Australian cattle being shipped to Indonesia and then fattened in Indonesian feedlots.

Mr Lukita said Indonesia did not want to become dependent on imports and he encouraged Australia to invest in Indonesia as well as exporting products.

He said Australians could assist in providing vocational training in areas such as the cattle industry, farming, hospitality and nursing to improve the skills of the Indonesian labour force.

"The President said we must pay attention to this because the young work force must have specialisation."

Trade liberalisation could also face heightened resistance in the new Parliament in Australia, with both One Nation and the Nick Xenophon team elected on protectionist platforms.

"It’s concerning we are seeing an increase in pro-protectionist sentiment," Mr Ciobo said.

"I intend to reinforce as much as I possibly can that free and liberalised trade is driving jobs in Australia, it’s improving Australian living conditions.

"If you are asking me are there some Australians, either inside or outside the Parliament who will have a problem with the agreement, I presume there will be.

"There are always those who think the way forward is to retreat behind protectionist barriers, to increase tariffs and turn your back on the world and retreat back to a small Australia. That’s not a view I share."