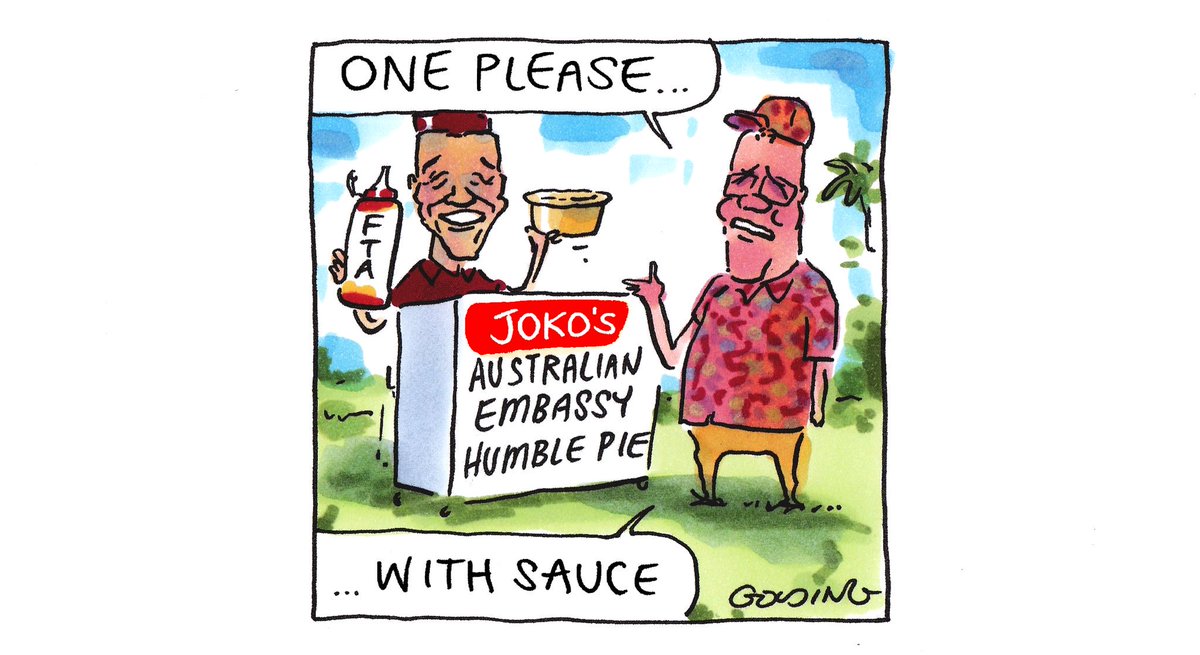 Indonesia is to sign a trade and investment partnership deal with Australia in March, Indonesia’s trade minister said on Thursday, three months later than expected and following diplomatic friction between them over Middle East policy.

Negotiations on the deal were concluded last August and it had been due to be signed by the end of 2018.

But Australia’s recognition of West Jerusalem as Israel’s capital strained relations with Indonesia, which is the world’s biggest Muslim-majority country and supports a two-state solution to the Middle East dispute.

Australia’s trade minister, Simon Birmingham, had played down the issue and cited translation glitches as cause of the delay in signing the deal.

The neighbours have been in talks on trade since early in the decade, with diplomatic tension occasionally stalling the process.

Though neighbours, the two are not top trade partners.

Australia valued trade between them at A$11.2 billion (US$7.96 billion) in 2017-2018, with Indonesia being its eighth largest source of imports, while Australia is Indonesia’s 14th largest export destination.