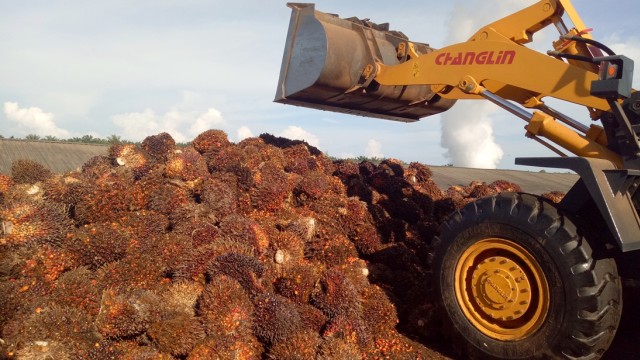 Indonesia’s government said on Monday it will encourage the country’s palm oil companies to file lawsuits against the European Union if the bloc goes ahead with a plan to phase out use of the commodity in renewable transport fuel.

Indonesia, the world’s biggest palm oil producer, has strongly condemned the EU move to classify palm as a crop that causes deforestation that should be phased out by 2030 in transport fuel under the bloc’s Renewable Energy Directive (RED II).

The EU is the second-largest market behind India for Indonesian palm, which accounted for around 12 per cent of the country’s exports in 2017, according to government data.

Indonesia in recent weeks also pledged to launch a World Trade Organisation (WTO) challenge against the EU and said the government is “examining bilateral relations with member states that have been most supportive” of the European rules.

“The government (will file at the) WTO, while we are also encouraging companies or industry associations to submit a case through courts of justice,” he said.

Malaysia, the world’s second-largest palm producer, has also threatened a WTO challenge against the EU.

Indonesian palm oil producers that are members of the Indonesia Palm Oil Association (GAPKI) would “take the government’s advice into consideration and continue to discuss further steps to take”, Togar Sitanggang, deputy chairman of GAPKI, said.

GAPKI is also looking into whether it could take legal action against retailers using “palm-oil free” labelling, Sitanggang said. The EU has no legislation on palm oil labelling.

The EU has concluded that palm oil is a high risk crop after finding that 45 per cent of palm cultivation expansion during 2008-2015 took place in high carbon stock area, far higher compared to rival crops soybean and rapeseed.

“As a defender of the rules-based order, we comply with the WTO rules and abide by its rulings,” EU representatives in Indonesia said in a statement posted on the website of the EU’s delegation to Indonesia and Brunei last week.

Unlike many markets, Europe uses most of the palm oil it buys as feed stock for biofuel, instead of for cooking or cleaning products, according to the Indonesian government.

EU governments and the European Parliament have two months to decide whether to accept or to veto the new EU rule.