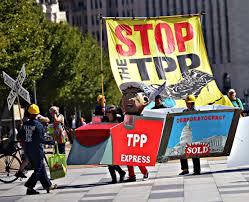 Indonesia urges Southeast Asian economies to bargain together on TPP

Jakarta: Indonesia’s trade minister said on Friday it is urging Southeast Asian countries that have not signed up for the Trans-Pacific Partnership trade pact to consider joining and that these economies could collectively negotiate accession terms.

Enggartiasto Lukita said Indonesia was still assessing the merits of joining the revised Comprehensive and Progressive Agreement for TPP - a pact by the 11 TPP members excluding the United States, but was also asking members of the Association of Southeast Asian Nations (ASEAN) to consider joining.

The six ASEAN members that have not joined the CPTPP are Indonesia, Thailand, the Philippines, Myanmar, Cambodia and Laos.

“We, the other six members of ASEAN, would sit together so that we have a better bargaining position,” Lukita said, noting that four members of ASEAN - Singapore, Vietnam, Malaysia and Brunei - were already signatories to the CPTPP.

Indonesian President Joko Widodo during a trip to the United States in 2015 told then President Barack Obama he wanted Southeast Asia’s largest economy to join the TPP.

But after U.S. President Donald Trump abandoned the trade pact, Indonesia chose to focus on bilateral and multilateral agreements that it was already involved in, such as the China-led Regional Comprehensive Economic Partnership (RCEP).

Separately, Finance Minister Sri Mulyani Indrawati said in a CNBC interview on Wednesday that Indonesia wanted to join TPP, but was not yet ready to do so and was also looking at other non-traditional markets.

Thailand has already said it wants to seek membership this year in the new version of the trade deal.

President Trump has gone back and forth on the possibility of the United States rejoining the TPP as the world continues to grapple with increasing protectionism.