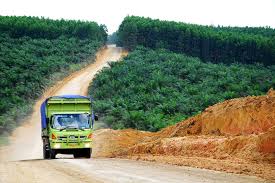 Indonesia slammed on Monday the European Commission’s adoption of a draft regulation to phase out the use of palm oil in renewable transportation fuel and warned the move could hurt relations with EU members backing the proposal.

The European Commission last week concluded in a draft regulation that palm oil cultivation causes excessive deforestation and its use in biofuels will be reduced to zero by 2030.

Indonesia, the world’s largest palm oil producer, argues that rather than promoting sustainability in the vegetable oil sector, the regulation is more about protecting and promoting the European Union’s home-grown vegetable oils.

"The president of Indonesia has expressed concern on the wider trade and investment relations with the EU should the discrimination against palm oil be confirmed," Indonesia’s Coordinating Ministry for Economic Affairs said in a statement.

Indonesia is "examining bilateral relations with member states that have been most supportive" of the regulation, it said. The EU parliament and the bloc’s governments have two months to decide whether to accept or veto the regulation.

Indonesia and the EU are currently in negotiations over a comprehensive economic partnership agreement (Indonesia-EU CEPA) and the EU’s palm oil regulation could have an impact on negotiations, Iman Pambagyo, a director general at Indonesia’s Trade Ministry, told reporters.

"Last year our exports to the EU were US$17.2 billion, but when we talk about palm, we are talking about 17 million jobs. At the moment the government is reviewing what to do next with the Indonesia-EU CEPA," Pambagyo said.

Indonesia’s Chief Economics minister Darmin Nasution said the government would file a challenge at the World Trade Organization (WTO) as soon as the rules took effect.

Malaysia, the second largest palm oil producer, has also threatened to bring a WTO challenge against the EU.

The EU was Indonesia’s second-largest market for palm oil last year, and, according to Nasution, a large portion of exports to the bloc were used for biofuel.