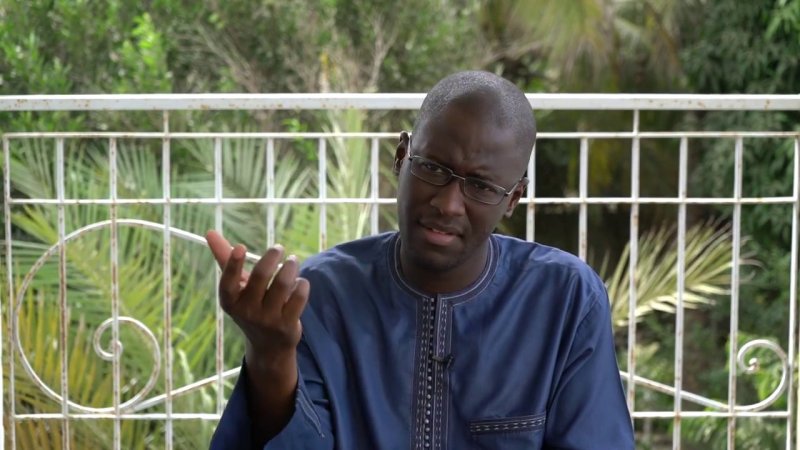 Translated by Liam Innis and edited by Anoushka Carter

Dr Ndongo Samba Sylla is an economist, researcher and programme officer at the Office for West Africa at the Rosa Luxemburg Foundation.

Q: What are the issues surrounding the signature of the agreement on the African Continental Free Trade Area (CFTA) due to take place on the 21st March?

A: Heads of state will agree on the principle that this free trade zone could be put in place. And the conditions on which it will be established, as I suppose that the CFTA will have to be ratified by countries. So they will do all the legal work to determine how it will turn out.

Q: What do we really know about this agreement? There are very few texts available and the negotiation process still isn’t clear.

A: We don’t know much. Some texts have been published by the United Nations Economic Commission for Africa (UNECA) and there are impact studies available. But in general, based on` what the press have said, you get the impression that the CFTA will boost intra-African trade and create growth and jobs. So you get this pretty euphoric impression. But I’m a little surprised by the lack of criticism of CFTA. I think that, perhaps because this is a pan-African initiative, people think, for once, it has to work - hence the optimism even considering the many aspects which remain very unclear. For example, who will win, who will lose out? How will we compensate those losing out? That sort of thing. Who will really benefit from the CFTA? Will it really benefit Africans?

A: The CFTA is a premature initiative. It still follows the export-based development model, which says that if things are not going well in Africa it’s because there aren’t enough investments, not enough commercial liberalization- that sort of thing. So it recommends putting in place a framework favourable to foreign direct investment, which reduces transaction costs. This is the classical liberal approach and has never actually led to economic development. And in Africa, I think there’s a pan-African impulse which makes it seem like we’re running blindly towards our ruin, on the grounds that it’s Africans doing it this time. When you consider the heads of state themselves, who aren’t able to finance the African Union, and still think the CFTA is the answer, that’s a problem.`

Q: Do you think the CFTA will, like all free trade agreements, benefit the bigger corporations? Especially foreign businesses operating within Africa, will they benefit from this arrangement?

A: Yes, that’s what I think. It will benefit firstly major French, European, Chinese, Turkish, American, etc. businesses, as well as certain countries and sectors. There are some countries that will benefit and others that may lose, depending on the sector. It depends on their specialisation. What worries me a little bit is that we’ll have to reduce trade tariffs between African countries, knowing full well that these tariffs make up an important part of the public revenue of some African countries. And how do we compensate them? Especially since there are many small countries that would struggle without these sources of income and become even more dependent on development aid.

Q: What seems paradoxical is that the agreement creates a common market of 1.2 billion people across countries with differing levels of development and considerable economic disparities. How can this work?

A: I don’t think it can work. What you need, before you start trading, is something to trade. But most African countries are exporters of primary products. So what is needed is a productive base at the national level which allows for diversification of exports, which could expand the domestic market so that locally produced goods can be consumed by local consumers. If there’s a surplus, then that can be exported. But what we find now is a completely crazy logic that says trade is necessary for the sake of trade, but trade for trade’s sake isn’t an end in and of itself. You have to produce to meet demand, you have to produce to create jobs and expand the internal market. But there are many countries that have absolutely nothing, apart from raw materials. So how would intra-African trade be boosted by reducing these trade tariffs? What will probably happen is that the big foreign corporations will set up shop, and instead of Africans, it will be them that will benefit from this free trade system. That’s the most likely outcome especially since, in many African countries, many prerequisites go unfulfilled. For example, if you want to start producing, you need an adequate banking sector. If SMEs don’t have access to finance, how are they supposed to compete with major foreign businesses? So that means that at a given point, even within Africa, it’s the countries where companies have access to capital and credit that will be better off than others. And in some French-speaking countries for example, economic credit is very weak, so there are many countries that won’t do well and will be increasingly obliged to restrict themselves to being exporters of raw materials.

Q: You’re talking about small and medium-sized businesses, do you think that the consequences for small businesses and small farms will be negative?

A: Yes, they could be. It all comes down to the conditions. Will agriculture be one of the liberalised sectors? I don’t know. But what is certain is that agriculture is generally not a sector that needs to be liberalised. The rural population represents more than half of the labour force, and if these people find themselves without any economic weight, what could happen? For example, consider Ghana; we know that there are many Ghanaians who have been victims of competition from European and Chinese products, and who have chosen to take the boats to come to Europe. Ghana has a fairly lax regime for agricultural and poultry products, imagine that this gets taken even further: it would mean destroying millions of lives. So what steps could we take to compensate these people? These issues just aren’t spoken about.

Q: You’re from Senegal. Is the population there aware of this agreement? Are there resistance movements?

A: The overwhelming majority, 99.999% of the population, is not aware of these issues around the CFTA. Not even the intellectuals. People have made a lot of noise about the EPAs (Economic Partnership Agreements), but the CFTA is something else. Generally, people believe that free trade created by Africans is better than the free trade offered by others. But that’s an illusion, it’s still just free trade.

Q: On the subject of the EPAs, Mozambique in Southern Africa has joined the EPA with Europe and Gambia has changed its policy. Where are we up to in West Africa?

A: We have reached a status quo. Because the European Union wants Nigeria to sign and ratify the EPA. But Nigeria isn’t interested in the EPA as it currently stands. As a result, we’re at a stalemate because the EU doesn’t want the EPAs without Nigeria on board. Nigeria is right to say that they are not interested. So some countries, like Senegal, have signed but Nigeria and Mauritania haven’t. And since there is a common external tariff in West African, we follow Nigeria, or it all implodes.

Q: In Kenya, a Small Farmers’ Forum initiative lodged a complaint against the government, for the lack of public participation in the EPA negotiations, and the court decided that Kenya has a duty to ensure public participation. Could this be replicated elsewhere?

Q: To conclude, the economist Jacques Berthelot, who works a lot on EPAs, said that African leaders must stop sitting quietly and nicely behind Westerners and their rules. When we consider colonialism, World Bank loans, IMF structural adjustment funds, the Lomé and Cotonou agreements, and the EPAs, it seems that the process is always the same. How do you interpret that?

A: Jacques Berthelot is right, even if this is an understatement. They aren’t sitting, they’re flat on their stomach, as Thomas Sankara said. Everyone steps on them. It’s unfortunate because the heads of State we have, even if they have been democratically elected, are just interested in the free market and free enterprise. How foreign capital, foreign interests can operate with total security, without too many regulatory constraints. And unfortunately, this development model is followed by most nations and that’s what is harming Africa. So you see this reasoning replicated all over. For example, they’ll say we need a continent-wide free trade zone, currency zones, that we need to reduce the public deficit and that we have to make sure that foreign capital can come and go freely. So many things that, if combined, we’re not even a state any more. We’re not sovereign. And if there are crises, there’s no adjustment mechanism and then it’d be the most vulnerable who would suffer. Unfortunately, those are the predictable consequences of an export-based development model. Wherever you look, that’s the model the heads of State are following.