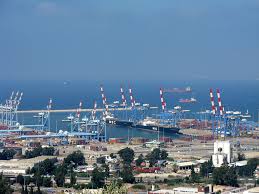 Seven rounds of talks have been held so far, and there is enthusiasm on both sides. An agreement with Japan is also in the offing.

A free-trade agreement between Israel and China is just around the corner, after being in the works for a long time. So far, seven rounds of official meeting have been held between representatives of the two countries (the eight was postponed because of the coronavirus pandemic), and there is readiness, even enthusiasm, on the part of both sides to complete the deal. Yesterday, "Globes" revealed that a free-trade agreement between Israel and South Korea was having the finishing touches put to it, and that is was likely to be signed within a few weeks.

The balance of trade between Israel and China is in China’s favor by a very long way. China sees Israel as part of its New Silk Road project, designed to expand its influence in Asia, Europe and the Middle East. The project is openly supported by strong figures in the Israeli government, chiefly Minister of Finance Israel Katz. The question, therefore, is not whether a free-trade agreement will be signed with China, but when? What will be a good time to take this step officially without annoying (even more) the Americans, for whom this is a sensitive matter? It will probably happen after the presidential election in the US, when the Americans will be preoccupied with their own affairs.

The agreement is likely to have a substantial impact on the Israeli economy in general, and on trade in vehicles in particular. The Chinese seek to set up free-trade zones in the countries in which they are active. The new Bay Port in Haifa could be such a zone, serving not just Israel but also the Gulf states. It would also raise the motivation to import more vehicles from China.

It is highly likely that after a free-trade agreement is signed with China, the Japanese will also give a green light to such an agreement with Israel. Here too duties will be removed affecting Japanese car models that are assembled in Europe but that, despite Israel’s free trade agreement with the EU, attract duty because of the large proportion of components from Japan itself, including hybrid models.

Finance Minister Katz has a long and documented history of confrontations with Israel’s vehicle importers in his three terms as minister of transport. There were therefore fears in the industry at the prospect of him becoming minister of finance. But, to judge from his behavior so far, Katz is emerging as one of the most friendly finance ministers ever for the industry.

His first gift to it was a much more moderate than expected revision of the "green taxation" formula, due to come into effect in January. The new formula will mean a slight rise in price for some models, but that could be offset by the strength of the shekel, and the car importing industry greeted it with a collective sigh of relief.

A much more significant gift for the long term is the unofficial but complete burial of the congestion charge project. Our sources at the Ministry of Finance report that the chances of the project going ahead under Katz, who opposed it vehemently as minister of transport, are close to zero. The Ministry of Finance spokesperson said in response, "The Economic Arrangements Bill has already been presented and the congestion charge does not appear in it. There will be no tax hikes."