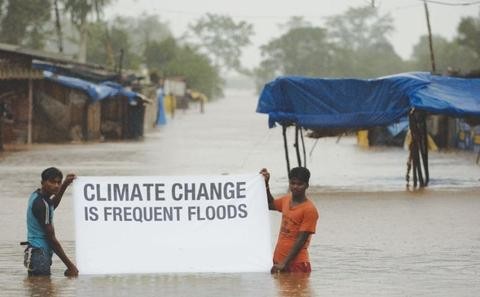 As more is revealed about the Transatlantic Trade and Investment Partnership (TTIP), it is clear that it has little to do with improving trade. If implemented corporations will have the power to force governments to put corporate interests above the needs of their own citizens.

From labour protection to public health, corporations are using the a rapidly-growing private justice system known as Investor-State Dispute Settlements, the proposed enforcement mechanism for TTIP, to sue governments for anticipated lost future profits incurred from the passage of democratically-decided regulation.

If it sounds dystopian, that’s because it is. Investor-State Dispute Settlements (ISDS) have been used for multi-million pound lawsuits by big tobacco firm Philip Morris to sue Uruguay for tightening up on tobacco advertising; American food giant Cargill to sue Mexico over a sugar tax; and French water company Veolia to sue Egypt after it increased the minimum wage for refuse collectors after the Arab Spring.

Secretly negotiated between the United States and the European Union, TTIP is now being picked over by the machinery of the European Commission and could be passed over the next year or two.

But one element of TTIP has been largely ignored – the deal’s impact on developing countries.

The world came together last year to agree to the Sustainable Development Goals (SDGs), which hinge on ending poverty and hunger by promoting sustainable growth, combating climate change and making food, water, medicine and energy affordable for all.

It would make sense to be signing trade deals that steered the world closer to achieving these goals. Instead, these new generation trade deals will make the SDGs more elusive, particularly for the world’s poorest.

For example, under the SDGs governments have agreed to ensure medicine is affordable because one-third of the developing world’s population cannot afford essential medicines they need. But these deals extend drug monopolies, which means that cheaper, generic copies cannot immediately be made for the poorest.

I met last week with Margaret Chan, the director of World Health Organisation, who shares my concern over the dangers TTIP will have on the poor. Last year she said: “If these agreements open trade yet close access to affordable medicines, we have to ask: Is this really progress at all?”

The SDGs also commit to increase the exports of developing countries, including “doubling the least developed countries’ share of global exports by 2020”. Yet several studies – including a DFID-commissioned paper by the University of Sussex – highlight that developing countries will lose out on exports as a consequence of the US and EU prioritising trade with each other under TTIP.

A major German study highlights even bigger losses for developing countries, with many in Africa losing more than 4 per cent from per capita income levels. Research commissioned by a European Parliament group shows Latin America may suffer a 2.8 per cent GDP loss over the course of a decade from TTIP.

TTIP also bodes ill for climate change, which affects the developing world much more than the developed world.

Under TTIP, there will be a predicted increase of 11 million metric tons in C02 emissions, while, in tandem with CETA, the deals’ deregulation agendas are paving the way for previously banned tar sands oil to enter the EU. With their 23 per cent higher greenhouse gas emissions, NASA climate scientist Prof James Hansen warns tar sand exploration means “game over for the climate”.

On top of this, ISDS is being used to prevent transition to cleaner forms of energy: Germany is being sued for €4.7 billion for ending nuclear power; Canada faces a $250 million case for banning fracking; and the US itself has recently been hit by a $15 billion case - although the company building the pipeline only spent $2 billion - after President Obama vetoed the Keystone XL tar sands pipeline in order to meet climate change commitments.

This danger has been recognised by UN Independent Experts who have argued that: “These treaties and agreements are likely to have a number of retrogressive effects on the protection and promotion of human rights, including by lowering the threshold of health protection, food safety, and labour standards, by catering to the business interests of pharmaceutical monopolies and extending intellectual property protection.”

While the European Commission is currently engaged in promoting a ‘reformed’ ISDS, including the introduction of public appellate courts, serious, perhaps intractable, problems remain.

The whole point of ISDS-based trade agreements like TTIP is to increase foreign direct investment no research has emerged that this is the case – citing the lack of evidence, Brazil, South Africa and Indonesia are repealing ISDS-clauses or are refusing to include them in their bilateral trade agreements.

I agree with the UN’s Independent Expert Alfred de Zayas, who has said “ISDS cannot be reformed. It must be abolished.”