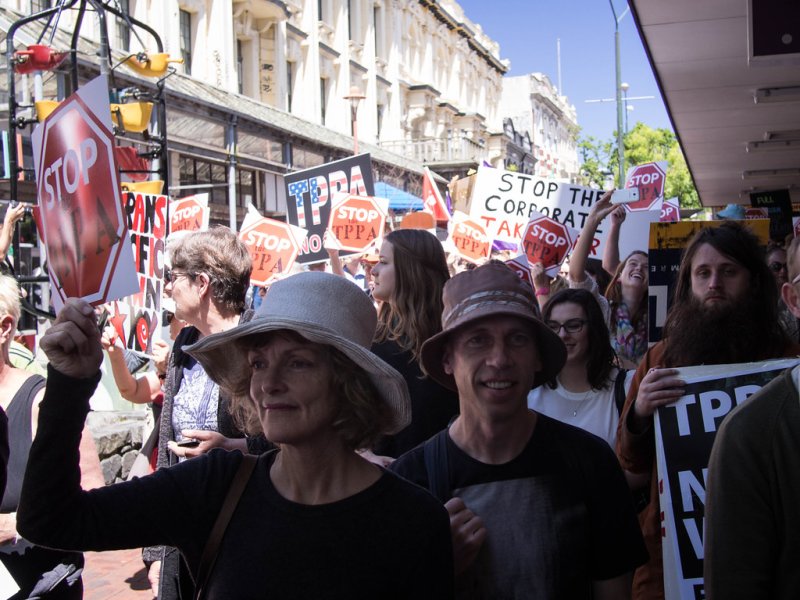 The TPPA cheerleaders, such as Herald columnist Matthew Hooton, are wasting no time in jumping on the bandwagon and urging Prime Minister Jacinda Ardern to court a Biden Administration to sign up to the Pacific trade deal United States President Obama had negotiated before President Donald Trump pulled the rug.

They need to take a cold, hard reality check on multiple fronts.

Yes, it was the Obama Administration, including then Vice-President Joe Biden, that negotiated the original TPPA and drove the more extreme demands. But the result was so toxic that it became a major political issue in the 2016 presidential election, to the point of even Hilary Clinton disavowing it. Obama was unable to sell his TPPA in the US Congress, facing opposition from both sides, leaving it for Trump to withdraw the US altogether.

Is President-elect Biden really going to squander his hard-won and fragile political capital by backtracking on that and re-engage with the TPPA at a time when domestic priorities are so pressing and there would be negligible political and popular support? He has already said unequivocally that the US will not enter any new trade agreements until it has made major investments in "our workers and our communities" at home.

Reality check number two: Assuming Biden did try to re-engage the TPPA, its adoption would be more problematic than ever and there would be new demands to go beyond what was agreed in 2015. Obama had "fast track" authority that prevented Congress picking it apart. That authority expires on July 1 next year, so Biden would need the active support of the likely Democrat-controlled House of Representatives and Republican-controlled Senate. Both the Republicans and Democrats will have new demands, building on the United States Mexico Canada Agreement adopted this year. That would mean renegotiating the original deal to favour the US even further.

Like Obama, the Biden campaign’s corporate funding has been driven by financial and services industries that demand globalised business rules. Covid has supercharged the profits for the tech sector, swelling their lobbyist budgets for even more favourable e-commerce rules.

An equivalent political calculation applies here. The TPPA faced unprecedented public opposition, largely because of the US demands. The current Government, in opposition, wrote a minority dissent at the select committee and (all but Phil Goff) voted against the original Trans-Pacific Partnership Agreement in Parliament. Labour (and NZ First who also opposed the TPPA) came to power at the end of negotiations to resurrect the agreement after the Trump Administration’s withdrawal.

Labour praised the suspension of some of the TPPA’s worst aspects, especially those affecting affordable medicines, as justification for signing and ratifying the Comprehensive and Progressive Agreement for Trans-Pacific Partnership (CPTPP), despite there being nothing progressive about it. Those elements were only suspended, not removed. Hence the third reality check: the US, not the existing CPTPP parties, would set the terms for its re-engagement. There are legal problems with the US rejoining the original TPPA, given that it removed itself from the original signatories. Ironically, the agreement requires ratification by the US before it can enter into force. US accession to the CPTPP would be the easier pathway.

Do New Zealand’s TPPA cheerleaders really think that Biden would not insist on restoring all the noxious elements which Labour celebrated having set aside? And if he does, is the Government really that confident there will not be renewed protests at the prospect of the TPPA being reborn with the US at the helm, including from Labour’s own? Their own words in opposition would undoubtedly be thrown back at them. The Ardern Government will have a difficult enough time managing its support base on a range of sensitive domestic issues that it is reluctant to tackle, without igniting this bonfire too.

So let’s reflect on a final reality check: We are living in a very different world from the era that gave us the TPPA, which was turbulent enough. We have new realities, new priorities, and new challenges, not least the vulnerabilities of deeply integrated global supply chains that were exposed by the Covid-19 pandemic. These require us to debate and embrace new solutions, not playing Lazarus to the toxic TPPA.