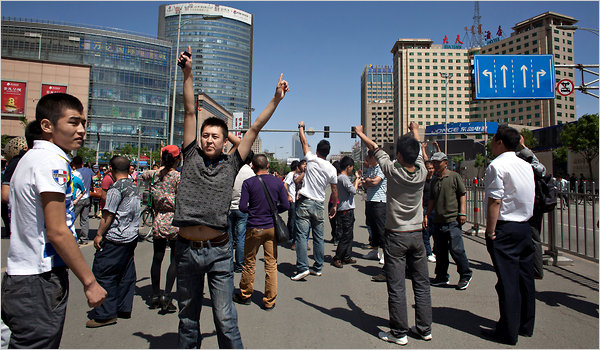 Abe welcomed the move, saying Japan “would like to cooperate for Mongolia’s development.” The Japanese government won parliamentary approval for the FTA during a regular Diet session that ended last month.

Japan’s increased economic cooperation with Mongolia appears to be aimed at countering China’s rising clout in the country, especially when Mongolia’s economy — heavily dependent on the mining industry — has been facing difficulties due to slumping natural resource prices.

Saikhanbileg said he and Abe also agreed to cooperate on infrastructure development in Mongolia, including developing the Tavan Tolgoi coal mine, a major project in the country’s south.

Given that Mongolia has diplomatic relations with North Korea, Abe asked for Ulan Bator’s cooperation in addressing Pyongyang’s abductions of Japanese nationals in the 1970s and 1980s.

The abduction issue has prevented Japan and North Korea from normalizing diplomatic relations.

Abe became the first Japanese prime minister to visit Mongolia twice while in office. He last traveled to Mongolia in March 2013.

After holding separate talks with Saikhanbileg and Mongolian President Tsakhiagiin Elbegdorj, Abe departed for Turkmenistan on the second leg of a six-nation tour that will also take him to Tajikistan, Uzbekistan, Kyrgyzstan and Kazakhstan.

Some experts argue the weeklong trip is apparently intended to counter the growing influence of China, with its economic might, in the resource-rich region.

In August 2006, then Japanese Prime Minister Junichiro Koizumi traveled to Kazakhstan and Uzbekistan.