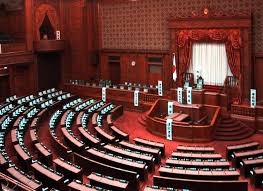 The Japanese government has finalized a bill on Wednesday for a new economic partnership agreement with the United Kingdom. The government aims to seek swift Diet approval so that the deal will take effect on January 1, 2021.

The agreement was signed by both countries’ cabinet ministers in October following Britain’s departure from the European Union.

The new pact is based on the existing economic partnership agreement between Japan and the EU.

It calls for abolishing tariffs in 2026 on Japan’s automobile exports, and for no new tariffs on Japan’s farm product imports.

The agreement sets tighter rules than existing ones in the field of e-commerce, aimed at limiting state control over information by countries such as China.

The rules include restricting government intervention in data exchanges for business purposes.