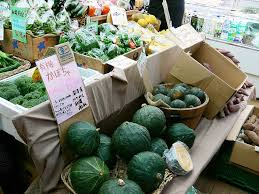 Japan and the United States plan to launch bilateral trade talks on April 15 and 16 in Washington, sources with knowledge of the plan said Friday, as U.S. President Donald Trump pushes what he calls fair and reciprocal trade.

The two countries will seek to determine the scope of their future negotiations, laying the groundwork for a summit, possibly on April 26, between Prime Minister Shinzo Abe and Trump.

A series of local elections and a House of Councillors election are scheduled in Japan from this spring to summer, likely making it more difficult for Japanese negotiators to compromise.

Agriculture produce is expected to be a tricky area at a time when U.S. beef has seen its market share in Japan increasingly taken by its competitors now that a revised Trans-Pacific Partnership free trade pact has taken effect following Washington’s abrupt withdrawal.

Japan, wary of the U.S. push for further opening of the domestic agriculture market, has said it will not make bigger concessions than under existing bilateral and multilateral free trade agreements. Tokyo has maintained that the trade talks with Washington will primarily focus on goods only.

The United States, however, is calling for a comprehensive pact that would cover not only goods but services and investment.

Washington’s call for the inclusion of a currency provision — aimed at preventing currency devaluation — could be a sensitive issue for Japan as its economy has benefited from the depreciation of the yen amid aggressive monetary easing by the Bank of Japan in recent years.

The first meeting would come later than initially thought as Lighthizer has had to focus first on the ongoing U.S.-China trade talks.

As Japan braced for the bilateral trade talks with the United States, the 11-member TPP and Japan’s economic partnership agreement with the European Union took effect.

Lighthizer has expressed concern that such tariff-cutting pacts would put American farmers at a disadvantage.

source: The Mainichi
Japan US
Subscribe to bilaterals.org weekly