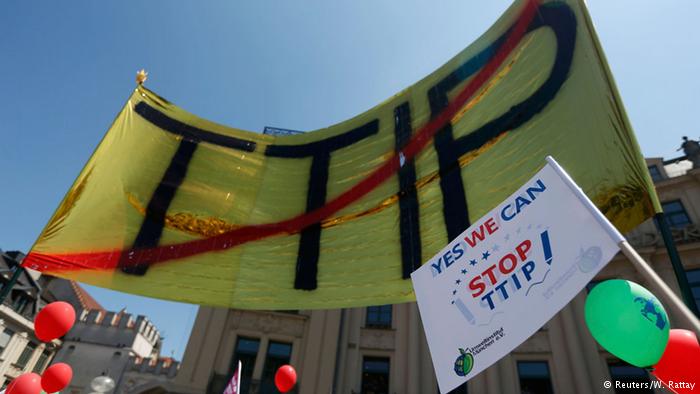 European Commission President Jean-Claude Juncker will ask EU leaders to reconfirm their commitment to the Transatlantic Trade and Investment Partnership (TTIP) at the European Council in late June, the Commission announced today.

“President Juncker feels that the time has come to ask heads of state and governments of the European Union to have a new discussion on where we are and where we want to get with these negotiations,” spokesperson Daniel Rosario said.

The announcement comes after skepticism has been raised among EU leaders and their trade ministers whether a deal can or should be reached.

French President François Hollande earlier this month said that his country would say “No” to TTIP at the negotiations’ current level of outcome, and German Economic and Trade Minister Sigmar Gabriel on Sunday said his Social Democratic Party doesn’t “wish to be part of a bad deal.”

Rosario said that the talks have entered a “crucial phase” and continued that, “if we are to deliver on [our] commitment, we have to make sure that we are all rowing in the same direction.”

POLITICO reported Monday that tensions are rising between the EU and U.S. over agricultural issues, the level of political commitment and the willingness to offer more in the trade talks.

Commission chief spokesperson Margaritis Schinas said: “It’s not the first time that the president does a check of political will among EU leaders.”