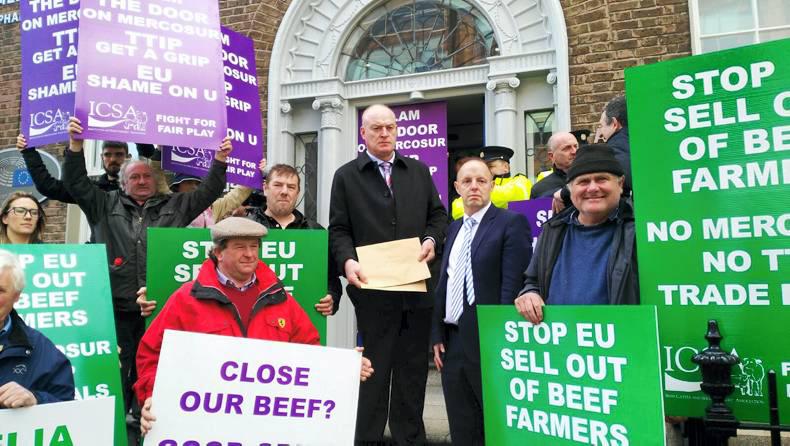 Joint EU-Mercosur communique following the XXVIIth round of negotiations

After five days of discussions, the XXVIIth Round of the MERCOSUR-EU Bi-regional Negotiating Committee was successfully concluded last Friday, 24 March in Buenos Aires (Argentina). Significant progress was achieved regarding the negotiating text in the three parts of the future Association Agreement between both regions: Trade Part, Political Dialogue and Bi-Regional Cooperation.

Both Sides decided to advance this negotiation with a view to concluding it as soon as possible. Consensus among negotiators exists regarding the fact that this Agreement should be comprehensive, balanced and mutually beneficial, with the perspective of generating better possibilities of growth and employment on both sides of the Atlantic, as well as of strengthening the historical political and cooperation linkages between the countries of MERCOSUR and the EU.

Significant progress was made in all the texts that are part of the different chapters of this negotiation. Both Sides reaffirmed their commitment with a sustained and qualified bi-regional cooperation in areas such as the promotion of democracy and human rights, the fight against poverty and drug trafficking, scientific research and sustainable development. Negotiators for the Trade Part discussed texts on every area, including, among others, sanitary and phytosanitary measures, trade facilitation, services, intellectual property rights, government procurement and trade and sustainable development.

One objective achieved in this meeting was to have a common negotiating text in every group, which was one of the main goals set by the Chief Negotiators last February. It should be particularly noted that the text of the chapter on competition policy was totally agreed and the negotiating group has achieved its task in the framework of the present round.

In a climate of constructive and positive dialogue, MERCOSUR and the EU endeavored to achieve consensus with a view to advancing towards the conclusion of this negotiation.

Chief Negotiators met with representatives of civil society, to discuss expectations and opportunities that certainly the future Association Agreement will offer, as regards social development, employment, trade and investment.

The next negotiating Round will take place in Brussels in July, preceded by an inter-sessional meeting of the Trade Part in Buenos Aires, in late May.