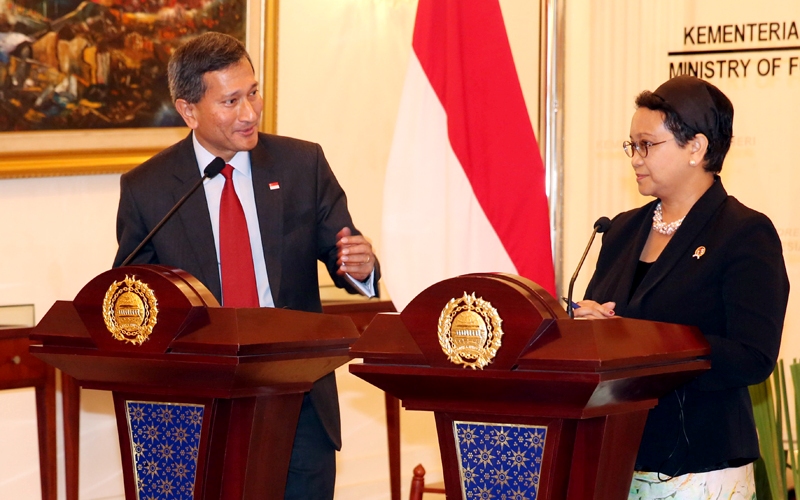 The polytechnic Singapore is establishing with Indonesia to train workers in Semarang is almost complete, and more tenants have committed to set up shop in the Kendal Industrial Park (KIP) joint venture in Central Java.

Indonesia’s Foreign Minister Retno Marsudi gave this update to reporters in Jakarta on Wednesday (Feb 14), after a meeting with Dr Vivian Balakrishnan, her counterpart from Singapore.

She said that the polytechnic in Kendal, first mooted at the Leaders’ Retreat between President Joko Widodo and Prime Minister Lee Hsien Loong in Singapore last September, is "77 per cent ready".

Four more tenants have also signed up to operate in KIP. This means the joint venture by Indonesia’s Jababeka and Singapore’s Sembcorp has since attracted a total of 36 firms since it was launched by the two leaders in November 2016.

The 32 firms that had signed up since last September will invest US$475 million (S$626 million) as well as create over 1,800 jobs once the park is fully operational.

The 2,700 ha industrial park, also known as Park by the Bay, is in Semarang, a bustling port city in the north-east of Central Java.

Dr Balakrishnan is on his second day of a two-day working visit to Jakarta, which started on Tuesday, where he also met former Indonesian president Susilo Bambang Yudhoyono and Industry Minister Airlangga Hartarto.

Ms Retno said she and Dr Balakrishnan also discussed the progress of other bilateral initiatives between their two countries.

These include inroads on a bilateral investment treaty to strengthen economic cooperation, as well as ongoing efforts to boost activities in sectors such as tourism, Mice (meetings, incentive travel, conventions and exhibitions), and the digital economy.

"We have a partnership to build a ’digital bridge’ in Batam with one company and, it will be launched in mid-March, so there is progress again," said Ms Retno.

She added that discussions are also underway to hold a third Leaders’ Retreat between Mr Joko and Mr Lee, which will be hosted by Indonesia this year.