Kazakhstan, other EAEU countries to reduce import duties on Iran on 502 goods 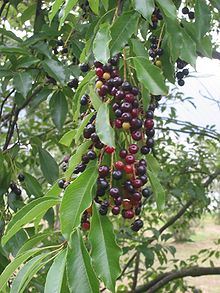 At the plenary session of the Senate of Kazakhstan, the deputies adopted a law on ratification of a temporary agreement on the formation of a free trade zone between the countries of the Eurasian Economic Union (EAEU) and Iran, Trend reports referring to Kazakh media.

The agreement concluded in Kazakhstan on May 17 last year provides for the establishment of a preferential trade regime and reduction of import customs duties in mutual trade zone between the EAEU member states and Iran in respect of a number of approved goods for a period of three years .

Speaking at the session, the Minister of National Economy of Kazakhstan Ruslan Dalenov informed that the volume of mutual trade with Iran last year amounted to $516.3 million, of which Kazakhstan’s exports to Iran accounted for 82.6 percent.

"The main export products are barley, rolled steel, rapeseed and lamb. in line with the agreement, the Iranian side provided a reduction in import duties on 864 goods," the Minister said.

The three-year agreement allows Kazakhstani exporters to import beef and mutton, legumes, vegetable oils, macaroni and confectionery, rolled steel, rails, batteries, fittings, and pipes to the Iranian market at a reduced rate. This group of goods, according to the minister, takes more than half of Kazakhstan’s exports.

In their turn, the participating countries of the EAEU will reduce import duties on Iran on 502 goods including, in particular, pistachios, dates, figs, raisins, shrimps, confectionery, dishes, detergents, carpets and plastic products.

The agreement approved by the senators will enter into force 60 days after the completion of the procedures for its ratification.

The head of the Ministry of Economic Development and Trade noted that within a year after ratification the parties would begin negotiations on a permanent agreement on a free trade zone. The law approved by the deputies has yet to be signed by the President of Kazakhstan.