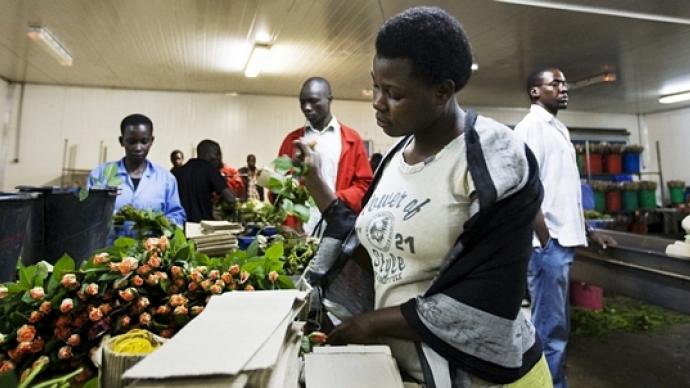 Delays in signing the pending trade agreement between the EAC and EU will potentially hurt half a million people in Kenya who rely on horticultural sector, the civil society has warned.

The organisations said about 33 flower producers in Kenya employ about 32,000 workers and that the Kenya Flower Council estimates that about 90,000 people are employed directly in the flower production chain.

The delay in signing the Economic Partnership Agreement will therefore hurt their livelihoods. The organisations, led by the Kenya Human Rights Commission, now want the September 30 deadline extended on this basis.

"We appeal to the EU to think of the welfare of the thousands of workers who earn a living in the cut flower industry. Over 70 per cent of workers in that industry are women, most of whom are single parents," said Eunice Waweru of Workers Rights Watch.

Kenya will suffer an immediate impact starting October 1 as it is the only one categorised as a developing country while its four other East African Community counterparts are considered Least Developed Countries, which will continue enjoying duty-free and quota-free exports to Europe under an ’everything but arms’ treaty.

Fresh cut flowers exported to EU from Kenya face imminent taxes of between eight and 12 per cent starting next month.

The group - which also included FairTrade Africa, Workers Rights Watch, Econews Africa and Kenya Small Scale Farmers Forum - said they are also concerned about "the asymmetrical nature" of the EPA negotiations, which they said favours the European Union.

They said the EU is more competitive than the EAC in most of the tariff lines or products set to be liberalised once the deal if finally agreed on.

The group accused the EU of rejecting discussions about the subsidies, saying it dismissed the concern arguing that only the World Trade Organisation could deal with it.

The civil society further said that the EPA negotiators and the private sector have focused extensively on commercial interests and neglected human rights issues, standards, environment and climate as well as development.

Kenya may lose more than what it stands to gain in this perspective by signing the EPA, they said.