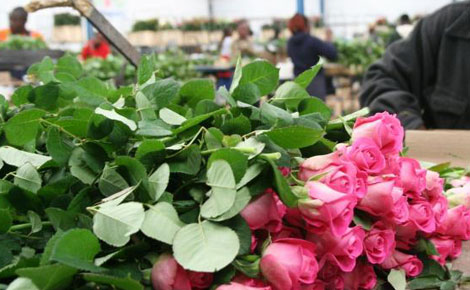 Two meetings held in Nairobi and Kigali, Rwanda in March and July this year have amounted to naught as stakeholders continue to disagree over three touchy issues 37 days before the deadline set by EU over EPAs signing elapses. For the last six months, businesses from the five EAC countries have not been able to agree on export taxes, governance, export and domestic subsidies. Kenya is negotiating the deal together with Tanzania, Uganda, Rwanda and Burundi.

Kenya is supposed to sign the EPAs by October 1, failure to which it will have its commodities mainly the fresh produce slapped with new taxes.

Kenya National Farmers Federation Chief Executive Officer John Mutunga lamented that differences among the countries will cost Kenya the profitable market and thus have huge negative impact on local farmers as well as the national economy.

“Since we started the negotiations a few years ago, the outstanding issues have not been resolved. This might deny us an opportunity to continue to enjoying substantial market share in the EU,” Mutunga said in a telephone interview.

However, Karanja Kibicho, the Principal Secretary, Ministry of Foreign Affairs and International Trade has expressed optimism the agreement would be signed in time.

“In the event that this does not happen, the EAC would meet and agree on strategies in the interim with a view to cushioning the businesses from severe repercussions,” he said recently in a newspaper commentary. A senior Government officer who wished not to be named despite being part of the negotiating team confirmed Tanzania has been dragging its feet in embracing the new agreement.

“This might prompt Kenya to sign the agreement alone as part of protecting its industry against new taxes before the set deadline elapses,” the officer said.

Analysts say it is particularly essential for Kenya - the only country in the EAC trading block classified as a developing country to sign the deal. The rest of EAC Partner States are categorised as Least Developed Countries (LDCs), which puts them in a better trading position compared to Kenya. Under the EU protocol, LDCs do not have to sign the EPAs since their preferences will continue under the Everything But Arms (EBA) trade arrangement. Further, Kenya is likely suffer more as her partners export little into the EU.

That means some of them could very well be dragging their feet on signing on the dotted line as a tactic to increase their exports after Kenya is locked out of the market. Under EBA, poor nations are granted duty free access to the EU for all products, except arms and ammunition and 41 tariff lines concerning rice and sugar, on which duty free quotas are established until full liberalisation.

But, as a developing country, Kenya Flower Council Chief Executive officer Jane Ngige says, failure to sign the pact will put Kenya in a difficult position as accessing the European market is vital. According to Ngige the predicament facing the fresh produce sector requires political intervention and technical expertise.