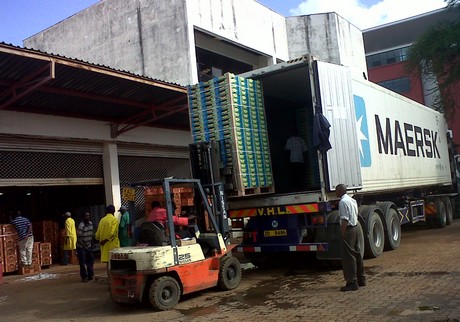 KENYA’s push for an expeditious agreement between the East African Community and the European Commission over the long dragging trade negotiations suffered a major blow as nothing had been signed by yesterday.

Minister for Foreign Affairs and International Trade Amina Mohammed had on September 20 hoped to have the Economic Partnership Agreement signed by last Friday.

No deal was however forthcoming from the closed door negotiations at Hilton hotel, a day to the dead line.

EAC lead negotiator, Foreign Affairs Principal secretary Karanja Kibicho did not pick our calls nor respond to text messages seeking to know the status of the talks.

The outsanding issues in the long drawn talks that started in November 2008 are clauses on export taxes and violation of human rights.

It was understood the two blocs were not reading from the same script on time lines and products under draft export policy regime to control excessive shipment of raw materials to the EU.

“We (EAC) have collapsed all the reasons that can lead to introduction of tax on exports into the same consideration,” Kibicho said on September 12 ahead of signing the draft EPA document by the five EAC states on September 20. “What we are negotiating is that after we introduce the export taxes, for how long will they live?”

EAC also wants EU to expunge non-execution clause that provides for suspension of the EPA in event there is violation of human rights.

Kenya will from today be the only African country to lose out on preferential duty and quota free market access to the 28-member EU after failing to reach an agreement in time for ratification before today’s deadline.

The other developing countries in Africa are safe after their respective trade blocs – Economic Community of West African States and Southern African Development Community– separately sealed EPA deals in July.