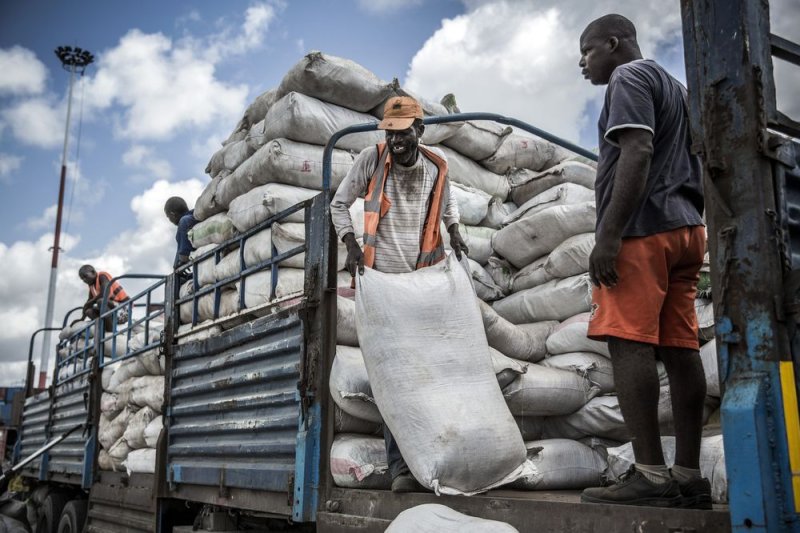 Kenya will be in breach of EAC, AfCFTA rules in proposed trade deal with America

Kenya’s proposed free trade deal with the US has put it in the crosshairs as critics say the planned bilateral agreement would be a breach of regional and continental trade protocols.

The proposed deal, if passed, would see Kenya open its borders for duty-free imports from the United States, while Nairobi would also get to export a range of goods tax-free to the US. The two countries share around $1 billion in trade annually.

Nairobi argues that the proposed deal is intended to replace the African Growth and Opportunities Act (Agoa) agreement, which expires in 2025 and allowed duty-free access of a wide range of African goods to the US.

President Donald Trump’s administration has signalled its reluctance for multilateral trade deals such as Agoa, preferring instead to sign bilateral free trade agreements with individual countries. This deal between the two countries would be a first for US trade relations in sub-Saharan ­Africa.

EAC Trade officials in Arusha say the deal is potentially in breach of Section 37 of the East African Community Customs Union Protocol that requires a member state to inform its partners of its intentions before such a deal is signed.

Under the EAC’s first pillar, the Customs Union Protocol — of which Kenya is a signatory — an EAC member is expected to notify the partners of any intention to offer a third-party preferential market access since member states share a common Customs territory. Furthermore, the African Continental Free Trade Area (AfCFTA) once in force prohibits bilateral free trade negotiations with third parties.

The Kenyan government has however denied that it is in breach of both the EAC Customs Union Protocol and the AfCFTA agreement.

“Agoa, which allows countries to send goods to the United States duty free, is scheduled to expire in three years. The US has made it clear it will not renew it,” said Kenya’s former Trade Cabinet Secretary Peter Munya who attended the trade talks in the US, adding, “Agoa is the only route for Kenyan goods to access the US market duty-free and once it is out of place, it is Kenya that is going to suffer as the other EAC partner States operate under the Least Developed Countries framework.”

He said Kenya is seeking an alternative route to access the US market, which accounts for up to 10 per cent of its exports basket.

“The rules and guidelines of the EAC Customs Union Protocol require that we formally notify the EAC states of our intentions. There hasn’t been any signing of a trade deal. We will notify the EAC once the deal is in place,” Mr Munya said.

He said Kenya will table the proposal once the US Congress gives the green light for the agreement.

“The deal requires many months of negotiations, because the US Congress is yet to debate and approve it. It is only when it does that we can begin to talk about an FTA,” said Mr Munya.

Erastus Mwencha, former deputy chairperson of the African Union Commission and who was also the first Secretary-General of the Comesa, has cautioned Kenya against signing the deal.

“Under the AU, the African heads of state have discouraged member States from entering into bilateral free trade negotiations with third parties because they jeopardise the AfCFTA,” said Mr Mwencha.

The Agreement establishing the AfCFTA entered into force on May 30, 2019 after 24 countries, including Kenya, deposited their instruments of ratification. Trading under the AfCFTA agreement is set to begin on July 1.

The AfCFTA brings together all 55 member states of the AU covering a market of more than 1.2 billion people, including a growing middle class, and a combined gross domestic product of more than $3.4 trillion.

In terms of number of participating countries, the AfCFTA will be the world’s largest free trade area since the formation of the World Trade Organisation.

Estimates from the Economic Commission for Africa (UNECA) suggest that the AfCFTA has the potential to boost intra-African trade by 52.3 per cent by eliminating import duties, and to double this trade if non-tariff barriers are reduced.

“The objective of the AfCFTA is to create a single continental market for goods and services, with free movement of business persons and investments, and therefore pave the way for accelerating the establishment of the Customs Union, which Kenya stands to benefit from,” said Mr Mwencha.

The continental trade deal is also expected to expand intra-African trade through better harmonisation and co-ordination of trade liberalisation and facilitation and instruments across the regional economic communities and Africa in general.

The AfCFTA is also expected to enhance competitiveness at the industry and enterprise level through exploitation of opportunities for scale production, continental market access and better reallocation of resources.

“We would have expected that Kenya renegotiates for another trade pact as a bloc,” he said.

He cautioned that the US decision to go solo on trade pacts would disadvantage developing countries including Kenya.

“If Kenya goes it alone, it implies that any concession Kenya may promise to the US during the FTA negotiations must be available to all signatories to the treaty.”

“Our trade with the US is very small. It is therefore better to negotiate as a bloc to maximise on the economies of scale. It will be in the interest of the US to engage Africa under the WTO for purposes of protecting our economies from being bullied, because if Kenya negotiates with the US, it will come with a sledge hammer … There is no way we can see Kenya export manufactured goods to the US market,” he added

But Mr Munya said Kenya has learnt a bitter lesson while negotiating as a region under the Economic Partnership Agreement with the European Union and the EAC. “We do not want to be in a trap like we are currently in under the EPAs where we are yet to reach a signed pact since 2007,” Mr Munya said.