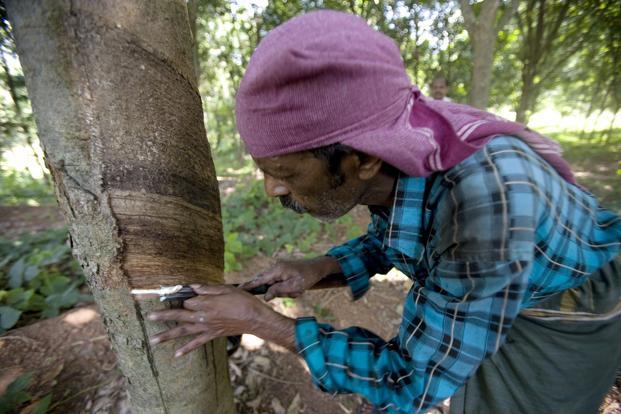 "We oppose the RCEP. We have asked the Centre to consult with the state before finalising the commodity character in the agreement," Agriculture Minister Sunilkumar said, adding once the agreement comes into force, cash crops, including rubber, would be allowed to import without duty.

Agriculture Minister V S Sunilkumar while replying to a notice for an adjournment motion in the assembly on the problems faced by rubber growers, said the state had already written to Centre in this regard.

"We oppose the RCEP. We have asked the Centre to consult with the state before finalising the commodity character in the agreement," he said, adding once the agreement comes into force, cash crops, including rubber, would be allowed to import without duty. The state would take up the matter with Centre again, Sunilkumar said.

He also blamed the economic policies of the previous Congress-led UPA government and the present BJP-led NDA for the crisis being faced in the rubber and agriculture sector.

Referring to the crisis faced in rubber sector in the state, Sunilkumar said nearly 12 lakh rubber growers are facing problems due to fall in price of natural rubber, but asserted that the government has initiated steps to redress the issue within its limitations.

The current price of natural rubber is Rs 113 per kg.

From the price stabilisation fund, Rs 284 crore had been given as subsidy to rubber growers after the state government has come to power, he said, while rejecting the charge of Congress-led UDF opposition that the government had failed to attend to the issues of rubber farmers.

The state has asked Centre to include rubber products in the ’Make in India’ programme and also plans to use rubber bitumen for road construction to boost rubber demand, he said.

Kerala Congress (M) leader and former Finance Minister K M Mani, who sought leave for the motion, alleged that the price stabilisation fund introduced to ensure a minimum of Rs 150 per kg of rubber during the previous UDF rule has become defunct and rubber farmers were in bad condition.

Mani suggested that Vijayan should lead an all-party delegation to meet Prime Minister Narendra Modi to take up the problems faced by farmers in the state. Opposition leader Ramesh Chennithala blamed both the state and Centre for the crisis faced by rubber growers.

In protest against the alleged negative attitude of state and Centre towards the plight of farmers in the state, UDF members staged a walkout. (This story has not been edited by Business Standard staff and is auto-generated from a syndicated feed.)