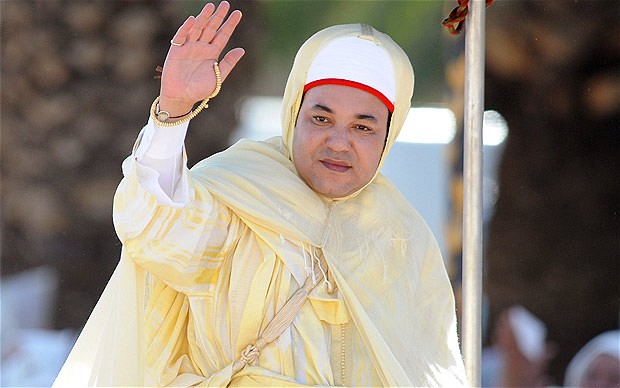 King of Morocco to be biggest benefactor of EU trade agreement

A new EU trade agreement that is set to boost the personal fortune of King Mohamed VI of Morocco is facing opposition because it promotes the exploitation of disputed territory of the Western Sahara.

The European Parliament’s committee for International Trade last week gave the green light to a new agriculture agreement that will ease restrictions on the importation of fruit and vegetables from Morocco.

But it has emerged that the single biggest beneficiary of the deal will be the King of Morocco, who is head of one of the three largest agricultural producers in the north African country and lays claim to 12,000 hectares of the nation’s most fertile farmland.

Human rights groups have warned that royal estates covered with polytunnels stretch across swathes of the Dahkla region of the Western Sahara, the former Spanish colony annexed by Morocco in 1975.

They argue that the deal amounts to a breach of international law and effectively legitimises Morocco’s occupation of the disputed Western Sahara region.

The Western Sahara’s Polisario Front independence movement is preparing to lobby the EU Parliament not to ratify the deal when it is put to the vote next month.

A similar row over fishing rights in waters off the Western Sahara led the European Parliament to cancel a deal last December that allowed trawlers from EU countries to fish in Moroccan waters in exchange for annual payments to Rabat.

If approved the agricultural agreement will immediately increase concession in the fruit and vegetable sector, liberalising trade on 55 per cent of EU imports from Morocco.

"It is deeply regrettable to see agreements adopted without excluding produce grown in the Western Sahara," said Lamine Baali, the Polisario representative to London.

According to a UN study of 2002, any economic activities that are not in accordance with the wishes and interests of the people of Western Sahara would be in violation of international law.

"The region is recognised as not being part of Morocco under international law and we urge the EU to specifically exclude the Western Sahara, whose people do not wish this and will not benefit," Mr Baali told the Daily Telegraph.

The Western Sahara Resource Watch (WSRW), which is currently undertaking a study of the impact of the agricultural industry on the Sahrawi people, said the new EU agricultural agreement "effectively endorses Morocco’s strategy to settle the southern parts of the Western Sahara."

"The King of Morocco has ownership of the tomato industry in occupied Western Sahara," noted Erik Hagen of WSRW. Reports estimate that some 10,000 are employed on fruit and vegetable plantations in the Dakhla region yet the majority are Moroccan settlers.

"The EU makes a distinction when it comes to produce from occupied Palestinian territories, but fails to apply the same principles to its trade agreements with Morocco," said Mr Hagen. "It is highly unethical, as it undermines the UN peace efforts and gives an unfortunate sign of support to Morocco’s illegal presence in Western Sahara."