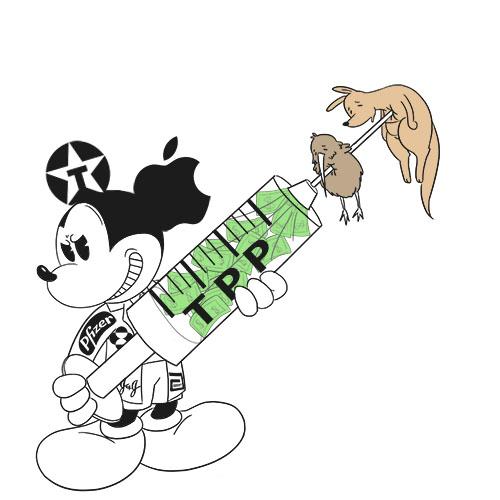 Today, August 4, 2015, Knowledge Ecology International (KEI) released text from three sections of the 95-page secret negotiating text on the Intellectual Property Chapter being used in the Trans-Pacific Partnership Agreement (TPP, sometimes referred to as TPPA) trade negotiations. The negotiating text is dated May 11, 2015, and reflects the state of the text right before the Maui rounds of the negotiation, which ended Friday, July 31, 2015.

Released this morning is text from the following sections of the IP Chapter:

All of Section B on Cooperation. (Pages 8 to 10 of the IP Chapter)

All of Section E on “Patents / Undisclosed Test or Other Data / Traditional Knowledge.” (Pages 29 to 53 of the IP Chapter)

Articles 1 through 11 from Section H on enforcement. (Pages 67 through 89 of the IP Chapter)

We hope to release the remaining sections (A, C, D, F, G, and the rest of H) later today and Wednesday.

The text will be placed on this web page: http://keionline.org/tpp/11may2015-ip-text

The text released this morning is most relevant to issues related to pharmaceuticals, especially rules on biologics and new chemicals. Later today or tomorrow, KEI will release sections of the text relevant to copyright and trademarks.

“KEI is publishing the consolidated text for the TPP IP Chapter from May 11, 2015, in order to enable the public to understand, analyze, and influence the rules that have been proposed for intellectual property in this important trade negotiation. Over 600 corporate advisors already have access to this text, and this leak, at least temporarily, levels the field somewhat (there will be a new text coming out of last week’s talks in Maui).

The May 11, 2015, text includes country positions, and reveals extensive disagreements among parties, as well as the isolation of the United States as the country that continues to be the most aggressive supporter of expanded intellectual property rights for drug companies, publishers and other companies.

The proposals contained in the TPP will harm consumers and in some cases block innovation. In countless ways, the Obama Administration has sought to expand and extend drug monopolies and raise drug prices. The astonishing collection of proposals pandering to big drug companies make more difficult the task of ensuring access to drugs for the treatment of cancer and other diseases and conditions.

The widely reported dispute over the number of years of protection for biologic drug test data is only one of dozens of measures that significantly expand the power of big drug companies to charge high prices. Taken together these provisions will take the public down a road of more and more rationing of medicines, and less and less equality of access. It could have and still can be different. Rather than focusing on more intellectual property rights for drug companies, and a death-inducing spiral of higher prices and access barriers, the trade agreement could seek new norms to expand the funding of medical R&D as a public good, an area where the United States has an admirable track record, such as the public funding of research at the NIH and other federal agencies. Many people reading the provisions released today will appreciate how misguided and wrong are the USTR’s values and negotiating objectives.”