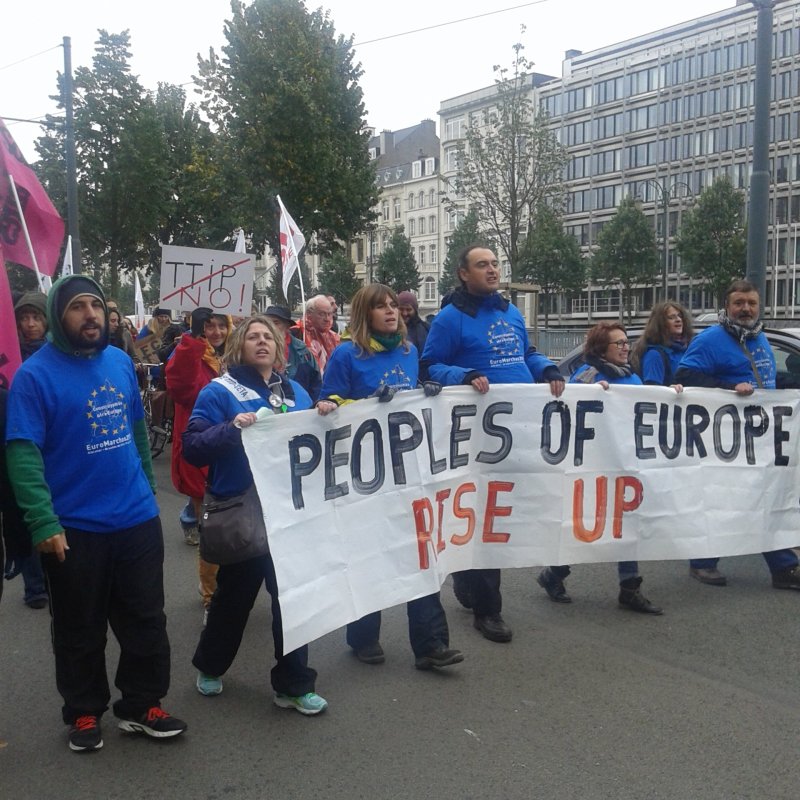 Leaked documents show TTIP negotiations in deadlock on most issues

EU member states are concerned about the “tough negotiation process in all key areas” of the TTIP agreement, a leaked summary report on the 10th round of the Transatlantic Trade and Investment Partnership (TTIP) negotiations held in July reads.

MOSCOW (Sputnik) – The TTIP agreement seeks to liberalize trade between the United States and Europe and create the world’s largest trade zone, encompassing more than 60 percent of global production.

According to the document, obtained by the Correct !v and published on Friday, Washington still refuses to discuss one of the most important points of the deal – the participation of European companies in US public tenders. The United States has also rebuked Europeans attempts to cooperate on regulating the US financial market.

The protocol adds that “in the fields of maritime services, air transport and mobility, the United States continue to act defensively," opposing European access to the local market.

The media, citing expert analysis of the obtained document, concludes that due to these issues the deal is unlikely to be enacted during the tenure of the current US presidential administration, despite Washington expectations.

The controversial TTIP deal, negotiated in an unusual secrecy, is opposed by many who claim that the pact would undermine standards and regulations on environmental protection, health and safety, as well as workers’ rights, among other points.

Over 3.25 million people have signed a petition against the highly controversial TTIP and a similar EU-Canada deal called CETA, while a protest on Sunday against the deals in Berlin brought out some 150,000-250,000 people, according to various estimates.