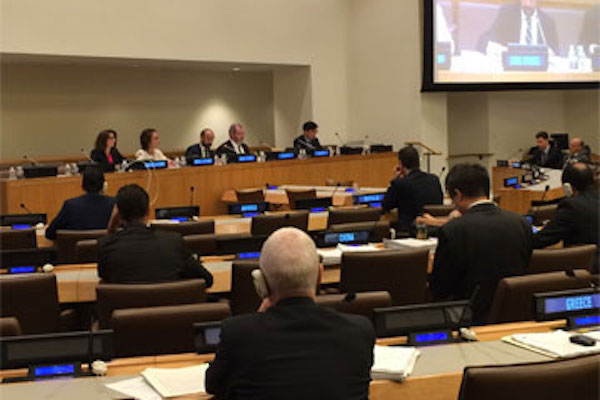 On 20-24 January 2020, Working Group III (WGIII) of the UN Commission on International Trade Law (UNCITRAL) will meet in Vienna to discuss options for reform of Investor-State Dispute Settlement (ISDS).1 We Civil Society Organizations (CSOs) and Trade Unions from the African continent are writing to you to express our concerns about the proposal presented by the European Union (EU) to establish a Multilateral Investment Court (MIC) and to encourage you to support further reaching reforms of ISDS.

Working Group III is comprised of a broad range of countries, many of which have faced costly litigation defending legitimate, non-discriminatory, and legal decisions to protect the public interest from challenge by foreign investors before arbitration panels. With good reason, ISDS has become exceedingly controversial across the globe.

Although the mandate of the Working Group is broad, and allows for a wide range of possible solutions to the problems of ISDS,2 the European Union is actively pushing for this Working Group to conclude with a mandate to negotiate a MIC.3 The EU’s proposal would do little to solve the core problems of ISDS and instead would entrench this controversial system.4 The EU’s MIC proposal to the UNCITRAL Working Group III only focuses on procedural reforms. For example:

• The EU’s MIC proposal as it currently stands is a one-way system allowing only corporations to sue governments for unlimited amounts of compensation for measures taken in the public interest. It thus remains a discriminative and imbalanced system in favour of foreign investors against governments. • The EU’s MIC proposal does not foresee any responsibility for corporations towards workers, consumers, citizens the planet, thus giving foreign investors greater rights without any corresponding responsibilities.

• The MIC as envisaged by the EU shows no respect for domestic courts. Just like old ISDS, the MIC does not require corporations to bring their claims before national courts first, thereby bypassing our democratic institutions and weakening the rule of law. • The EU proposal completely ignores important international agreements such as the Paris agreement. The mandate does not, for instance, guarantee that ISDS cannot negatively affect efforts to implement international environmental, human rights, and social agreements.

As the UN Conference on Trade and Development (UNCTAD) has identified, there are a variety of ways to address the problems caused by existing investment agreements.5 Given that, as the Organization for Economic Co-operation and Development (OECD) has recently explained, there is no clear evidence that international investment agreements lead to increased FDI nor that any such investments that are influenced by the treaties is positive for either party.6 Many states have demonstrated that there are better alternatives for promoting foreign investment.7

Developing countries have an important and responsible role to play in the UNICTRAL process. Developing countries should be very careful when considering joining reform options that are already on the table and may be reflective of some of their interests, as it might be more effective to push for their own collective interests as a bloc. With a clear agenda, developing countries could refresh WGIII negotiations by bringing new solutions to the table that will be tailored to their needs and will address the deep flaws of ISDS.

We therefore encourage you to reject any recommendation supporting the establishment of a multilateral investment court. Instead we support raising the need for the following reforms, which would go much farther in addressing the injustices of ISDS:

• Withdrawal of consent to arbitrate and termination of investment treaties: The UNCITRAL process provides a unique opportunity to lay the basis for States to multilaterally agree to the termination of investment treaties and/or withdraw consent to arbitrate.8 The Working Group could recommend that to the extent States continue to allow ISDS, counter-claims be permitted as long as there is a factual connection between the originating claim and the counter-claim, negotiate a multilateral instrument that specifies the treaties they seek to terminate, indicates their intent not to challenge state parties’ effort to terminate, and affirms their commitment to provide aliens treatment required by customary international law. Alternatively, the Working Group could recommend a multilateral instrument to withdraw consent to ISDS, allowing disputes to be settled only through State-State dispute settlement mechanisms. Another option, put forward to Working Group III by the government of Indonesia, considers introducing a separate consent requirement in the form of a written agreement before an investor could bring a matter to international arbitration.

In relation to the specific proposals submitted by the EU, we ask you to promote a number of crucial proposals that would address some of the core problems related to investor state dispute settlement mechanisms:

• Counterclaims: Members in the Working Group seemed to agree that investor-state dispute settlement should not reject counterclaims outright. The UNCITRAL Working Group could recommend that, to the extent states continue to allow ISDS, counter-claims be permitted as long as there is a factual connection between the originating claim and the counter-claim. Additionally, international human rights and environmental obligations could be considered within the investment dispute resolution panel’s jurisdiction for purposes of hearing a counterclaim.

• Third party access: Because the outcome of ISDS can directly affect the livelihood and well-being of local communities,9 the Working Group could recommend that third parties be allowed to join a case with full rights as a party. This is a common feature of procedural codes around the world, and is based on the premise that access to adjudication that directly affects one’s vested interests is a fundamental principle of law.

• Clean hands clause/ recognizing the obligations of investors: The Working Group could recommend that any investor that has violated domestic or international laws should not be granted access to ISDS.12

• Exhaustion of domestic remedies: The working group could recommend that investors be required to exhaust domestic remedies. The ability of investors to challenge a state directly in an ISDS tribunal without resorting to domestic courts first is an anomaly in international law and contrary to international human rights law and customary international law. States and regional economic communities including Argentina, India, Romania, Turkey, the United Arab Emirates, Uruguay, the Southern African Development Community, and the East African Community have required investors to pursue or exhaust local remedies before resorting to ISDS.13

• Third-party funding: The main problem with third-party financing is that it “has the effect of facilitating and encouraging suits against governments” and is likely to “exacerbate current concerns about undue regulatory chill”. 14 The Working Group could recommend a ban on third-party financing, which would reduce the chilling effect of ISDS and exposure of states to costly proceedings where they may not recover their full costs even if they defeat the claim.15

• Damages: The question of compensation claimed by investors for damages resulting from the conduct of a government raises concerns for state public finances, especially in low-income countries struggling to finance their development needs. Amounts of compensation in investment law are continuously increasing. The Working Group could recommend to limit the amount of compensation to the value of the actual economic damage resulting from the infringement of the investment protection standards and to exclude the expected profits. Procedural rules on how to calculate damages for breaches of the treaty could be established, following legal principles and valuation methods that have been used in other areas of international law, or in national legal systems for analogous cases.

• Dispute prevention and settlements: A considerable number of ISDS claims are reportedly settled between the disputing parties before an award is issued. In addition, many investment disputes are presumably settled prior to the filing of an ISDS claim. Although settlements would save parties the time and costs of arbitration, settlements also raise threats to principles of good governance, including government accountability, respect for the rule of law, transparency, and respect for citizens’ rights and interests under democratic law and international human rights norms.16 Member of Working Group could develop solutions that subject any settlement agreement, including alternative forms of dispute resolution such as mediation, to compliance with procedural and substantive requirements of domestic law, international human rights norms and other areas of international law.

Unfortunately, the EU in its proposal considers none – or insufficiently – of the above elements for a MIC.

We would welcome the opportunity to discuss the UNCITRAL deliberations and the above-mentioned alternatives with you in more detail and would be grateful if you were available for meeting during the next UNCITRAL round.

We thank you for your representation of our nation’s interests at the UNCITRAL Working Group.

ORGANIZATIONS THAT ASSENT TO THIS LETTER: