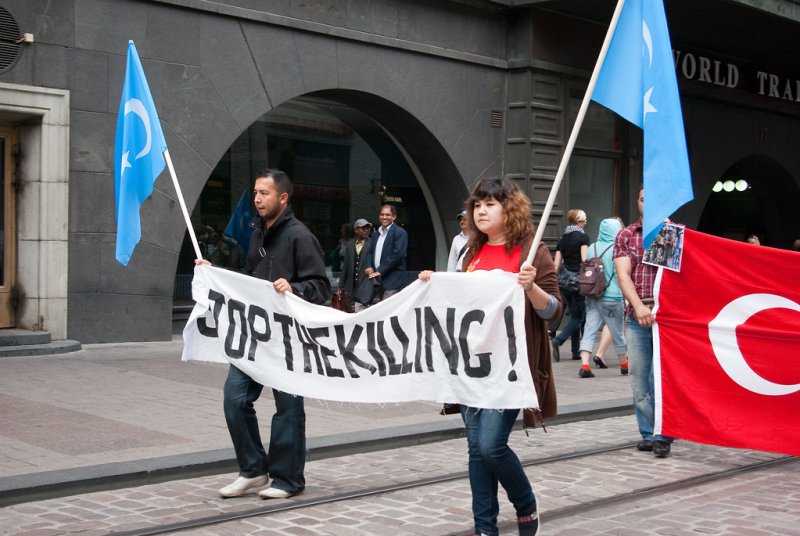 Ministers’ scope to sign trade deals with governments that abuse human rights have been severely reduced after a double defeat in the House of Lords.

In future, ministers will be required to both undertake a human rights impact assessment for any trade deal, and revoke an agreement in cases where potential genocide is found in a preliminary UK high court ruling. It would be the first time domestic courts were given the right to declare if genocide was occurring in another country.

The genocide hurdle has been devised specifically in relation to allegations that China is committing genocide against Uighur people in Xinjiang province, a charge Beijing has repeatedly denied.

Peers voted by 297 votes to 221 to back the requirement tabled by the Labour frontbench to withdraw a trade agreement if an impact assessment showed serious human rights abuses.

Peers then voted by 287 to 161 to back an amendment tabled by Lord Alton and Lord Forsyth giving the high court the right to make a preliminary judgment on genocide, and requiring an agreement to be revoked if genocide is found.

The scale of the defeats late on Monday night may make it harder for the government to overturn the measures in the Commons, although it is understood that some MPs who are normally critical of China are nervous of the constitutional implications of giving the courts a right to make a preliminary judgment on genocide.

Defending the genocide measures, the Labour peer and human rights barrister Lady Kennedy said: “The purpose is to ensure that there is a preliminary determination by the high court, not any lower court, as to whether there is genocide. It is pre-emptive: the whole purpose of the genocide convention was to prevent genocide by placing a duty on nations to act to prevent it.”

She rejected Conservative accusations that the measure was virtue signalling, insisting the bar for determining genocide, including proving intent, was so high that “such a case could not possibly be brought before the high court of this country and have any serious reception if it were not presented with a whole body of evidence that was highly persuasive and involved eminent lawyers who could testify to the bar having been passed on the definition of genocide”.

Lady Falkner said the passage of the law could be a “standout moment” for the UK, saying “China is running a gulag worthy of the description of the Soviet gulags by Aleksandr Solzhenitsyn, except that from what we now know in real time, not in retrospect, it is much worse”.

Speaking for the government, Viscount Younger opposed the measures, saying: “This would strike at the heart of the separation of powers in Britain’s constitutional system, allowing the high court to frustrate trade agreements entered into by the government and ratified after parliamentary scrutiny”.

He said it would lead to vexatious allegations of genocide being brought to the court as a means of putting political and international pressure on the government.

He added that the UK had no plans to secure a free trade deal with China, but said UK-China trade was worth approximately £76bn. China is the UK’s fourth-largest trading partner, sixth-largest export market and third-largest import market.