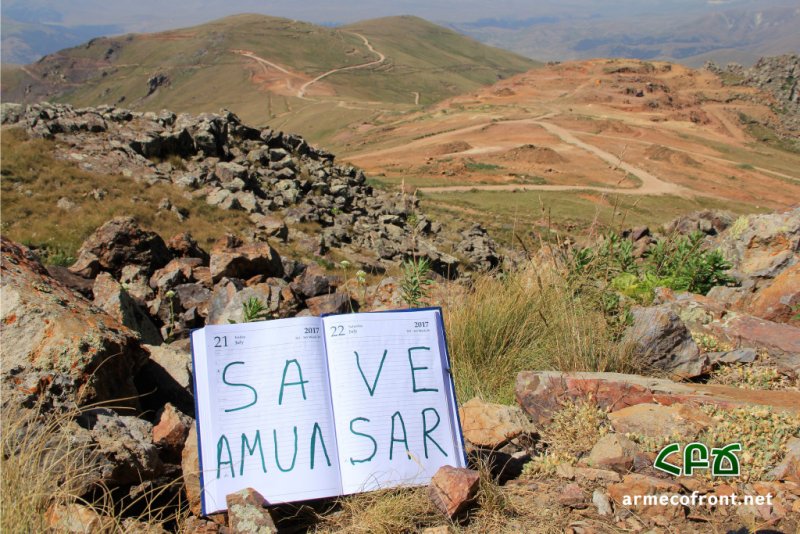 Lydian’s gold project in Armenia faces yet another environmental review

Lydian International’s (TSX:LYD) Amulsar gold project in Armenia may have to go through a fourth environmental review in less than a year after the country’s prime minister, Nikol Pashinyan, asked the environment authority to study the conclusions of a third-party audit published last week.

On August 19, the Armenia government announced it intended to allow Lydian to move forward with its Amulsar project. The decision was based on a third-party environmental audit conducted by Lebanese consultancy ELARD, which concluded the risks posed by the mine’s operations were minimal and manageable.

Two days later and after a fresh round of protests against the project, Pashinyan requested the Ministry of Environment to review the study and determine whether or not another Environmental Impact Assessment (EIA) was required before allowing Lydian to move forward.

“To hear that the Prime Minister has asked for consideration of whether any additional EIA process is required in respect of the Amulsar Project is more than disappointing, particularly after the Prime Minister’s recent public statements,” the company’s interim President and CEO, Edward Sellers, said in the statement.

“Lydian has been subject to three environmental audits over the past year during which there was no suggestion that any additional EIA process would be required,” Sellers noted.

Work on Amulsar came to a halt in June last year when protestors set up illegal blockades preventing access to the mine.

The miner filed a complaint with local police in July last year, but they declined to launch a criminal investigation on the issue, saying there was no basis for the removal of protestors, their vehicles, tents and trailers.

Lydian then went the legal way, applying in September for a reversal of the police’s decision.

In January this year, the highest court of appeal ruled in Lydian’s favour, but law enforcement officers have not restored uninterrupted access to the mine site, located in Armenia’s mountainous south.

Opponents claim Amulsar would threaten several endangered animal species that live in the area, including the world’s rarest big cat, the Caucasian Leopard, of which there are thought to be only 10 left in Armenia.

The mine site sits above a tunnel that supplies water to Lake Sevan, the largest freshwater lake in the whole Caucasus region. Scientists have warned that acidic drainage from the mine would inevitably seep into the lake, posing a threat to Armenia’s water system.

Amulsar is also next to Jermuk, a spa town built around mineral springs, and an economy is based on health tourism. Opponents to the mine claim dust from construction has curbed the influx of visitors and also affected crops and grazing. Cattle, they say, have increasingly refused drinking water from streams on the mountain since construction started, affecting local livelihoods.

The conclusions of the report published last week, however, suggest that after taking additional safety measures recommended in the document, Lydian should be permitted to resume its operations.

“The company’s planned mitigation measures during the potential operation of the Amulsar project are reasonable and appropriate,” the head of the Special Investigative Committee of the Republic of Armenia (SIC), Yura Ivanyan, said on Monday.

“Neither the SIC nor the Audit Report suggest that there are design changes to the Amulsar Project which might require a new assessment,” Lydian’s Sellers emphasized.

Opposition to mining in Armenia has its roots in a long list of environmental disasters caused by previous operations, as well as in allegations of corruption among authorities in charge of granting licences.

The country, however, needs foreign investment and jobs that properly run and managed mining projects could bring in.

Minerals and metals make up about half of Armenia’s exports and mining accounted for about 3% of the country’s economic output in 2017, government data shows.