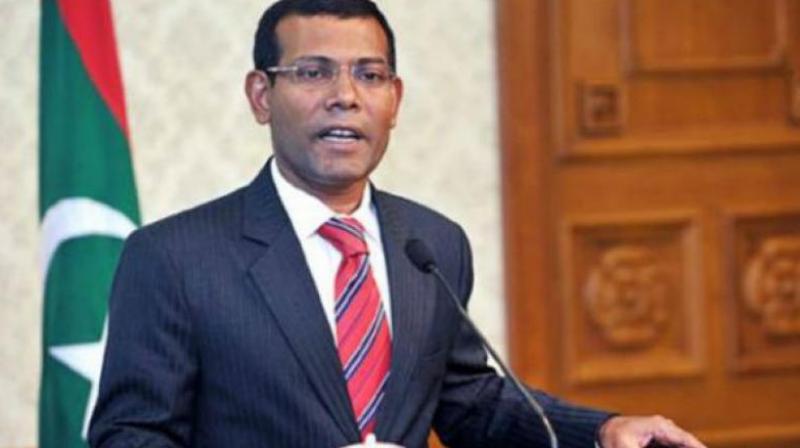 Maldives to not proceed with free trade agreement with China

Indicating a toughening of its stance against Beijing, Maldivian Parliament’s Speaker Mohamed Nasheed categorically rejected that the archipelago will sign a free trade agreement (FTA) with China.

Nasheed, the first democratically elected president of the Maldives, said that China’s development assistance is nothing more than a debt trap.

“China has grabbed more land than the East India Company ... They have not given development assistance to us. It was a debt trap,” says Nasheed, the Speaker of People’s Majlis of The Maldives, in New Delhi as he is on India-visit.

Nasheed made a comeback to active politics in April 2019 after years of exile due to a widely-disputed criminal conviction when Abdulla Yameen was in power.

“We will not proceed with the free trade agreement (FTA) with China. It will not be passed in the Parliament,” Nasheed, a member of the ruling Maldivian Democratic Party, emphasised.

Former Maldivian President Yameen signed the Free Trade Agreement during a visit to Beijing in December 2017.

The Maldivian parliament then ratified the treaty in less than an hour without any debate amid massive protests by the then opposition party. However, the parliament is yet to pass the law which will implement the zero tariffs agreement with China.

The Maldivian Democratic Party won a landslide victory with 65 out of 87 in parliamentary elections in April .

Nevertheless, the Maldivian foreign ministry had categorically rejected a report that claims Male will seek to restructure the $1.4 billion-debt that it owes to China.

China approved loans to Male for several infrastructure projects under the previous government led by Abdullah Yameen, funding housing projects, a bridge connecting the airport island with the capital island, Male, and some state-owned enterprises.

Both sides acknowledged the progress achieved in implementing the $1.4 billion economic package announced by India in December 2018 and noted with satisfaction the forward movement in the implementation of critical infrastructure projects under the $800 million Line of Credit.