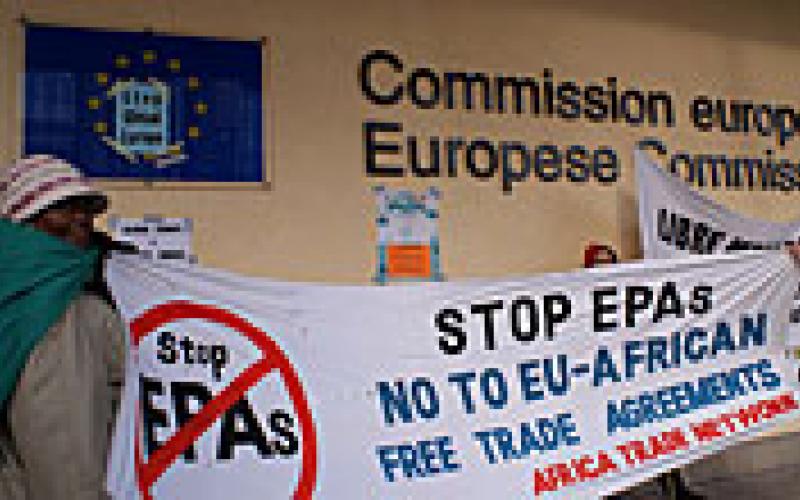 A trade deal with six developing African countries was agreed yesterday (14 September) by the European Parliament – some nine years behind schedule.

The Economic Partnership Agreement (EPA) with Namibia, Mozambique, Botswana, Swaziland, South Africa and Lesotho were originally due to be completed by 2007, but in fact negotiations dragged on until 2014, and another two years until the Parliament in Strasbourg ratified the deal today.

In the meantime, Angola dropped out of the process.

Chief rapporteur for the process, Alexander Graf Lambsdorff, promised that “the language on human rights and sustainable development is one of the strongest that you will find in any EU agreement.”

That is in line with the policy readjustment announced last year by Trade Commissioner Cecilia Malmstrom, under the ‘Trade for All’ banner, of making human rights a factor in all future trade negotiations.

Lambsdorff said, “This agreement will help our African partner states to reduce poverty and can also facilitate their smooth and gradual integration into the world economy.

“There are also many safeguards in the deal to ensure that local people truly benefit from this cooperation.”

According to the terms of the deal, the six states – all members of the South African Development Community (SADC) – will benefit from “positive discrimination”, that is, immediate duty-free and quota-free access for their exports to the EU single market.

The agreement covers trade and development cooperation, but not services, investment, intellectual property and public procurement.

Such deals have been criticised in the past by NGOs, as the very poorest African nations often have little to export to the EU, whilst opening up their own markets to Western corporations.

In a statement, the parliament said “To mitigate potential negative impacts on the SADC countries, several safeguards were added to the deal. The EU undertook not to subsidise its agricultural exports to these countries.

The deal will enter force once formally approved by the Council, and then ratified by the national parliaments of the six African states. South Africa itself, by far the largest economy in sub-Saharan Africa will only benefit from improved market access.

MEPs have also passed a resolution asking that monitoring of the agreement is strengthened to ensure “the benefits for the people are maximised.”

Lambsdorff said, “The EU should provide assistance in terms of capacity building and trade related assistance. The Parliament will need to monitor implementation and raise issues when needed in order to maximise the impact.”

The deal gives some 250 “geographically-indicated” product guarantees protection in South Africa, to be phased in over 12 years.

The African countries will liberalise 86% of their trade with the EU over 10 years (Mozambique 74%), except for agriculture and fishery products.

The deal replaces an interim agreement based on unilateral trade preferences, and complies with World Trade Organisation (WTO) rules.

The origins of the deal date back to 2000, and the Cotonou Partnership Agreement, which saw the EU and the African, Caribbean and Pacific (ACP) countries agree to negotiate reciprocal but asymmetric trade deals, complying with the WTO, to support developing nations economic development and integration into the world economy.