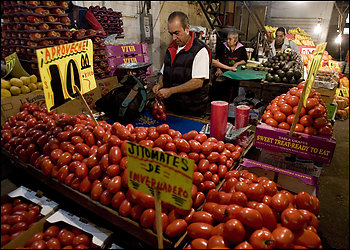 One of Mexico’s opposition parties, the Party of the Democratic Revolution (PRD), has vowed to vote against a potential free trade agreement (FTA) with Peru, Colombia and Brazil, reported website Zacatecasonline.com.mx.

PRD senator Antonio Mejía Haro told the website the party would vote against the treaties on the grounds of food sovereignty, national public health, as well as food and plant sanitation.

“In terms of grain, milk, meat and the little that was saved like fruits and vegetables, with these agreements they are at risk,” he was quoted as saying.

Economic Minister Bruno Ferrari has defended the FTA proposal on the grounds that 94% of Mexico’s trade is to countries with which it holds existing FTAs. Ferrari recently came under attack from a consortium of agricultural and livestock institutions for ignoring their concerns.