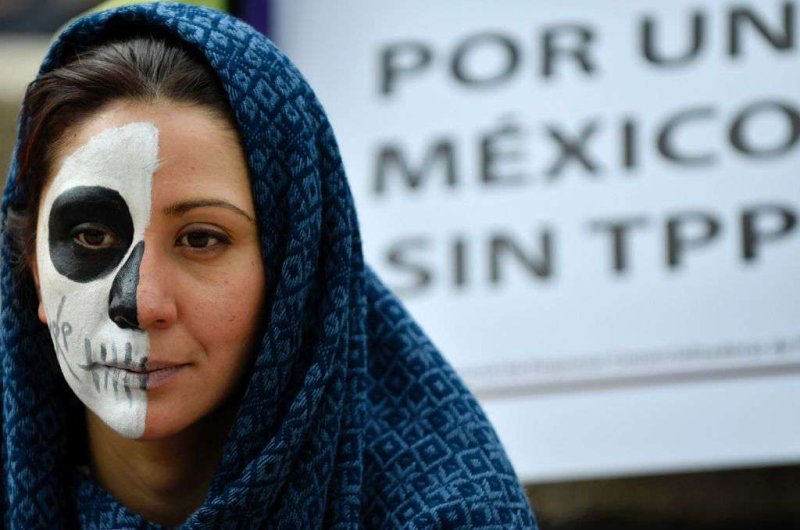 Mexico says TPP might still be implemented without U.S.

The sweeping trade deal for the Pacific region known as the TPP might still be implemented by making adjustments to its text even though the United States has withdrawn, Mexico’s Economy Minister Ildefonso Guajardo said on Tuesday.

The Trans-Pacific Partnership, which had been promoted by former U.S. President Barack Obama and Japan as a way to counter China’s influence in a fast-growing region, was written in a way to prevent implementation without the United States.

But if Japan leads the way, that clause could be stripped out without "any problem," and Mexico and other members could evaluate the pros and cons of pushing forward with the TPP without the United States, Guajardo said at an event.

"A TPP 11 instead of 12," he said in reference to the remaining signatories to the deal since U.S. President Donald Trump withdrew the United States after taking office in January. "But we’d have to see if nations such as Vietnam would put the same things on the table without the United States," he added.

Following the United States’ departure, Australia, Brunei, Canada, Chile, Japan, Malaysia, Mexico, New Zealand, Peru, Singapore and Vietnam are still signed up to TPP, though most must have put off ratifying it.

TPP signatories are expected to delve deeper into trade at the Asia-Pacific Economic Cooperation summit that Vietnam is hosting this year. Ministers start meetings in May and heads of state will gather in November.

Several alternatives to TPP have been floated since Trump was elected in November, from inviting China to join the pact to doubling down on efforts to forge bilateral trade deals.

Mexico is looking to diversify its trading options to counter the threat of Trump ditching the North American Free Trade Agreement (NAFTA), which underpins the vast bulk of its commerce and binds it with the United States and Canada.

Guajardo said that Trump’s recently signed "Buy American and Hire American" executive order that aims to boost purchases of American products in federal contracts might violate NAFTA by giving U.S. industries a new advantage, but he said it was still not clear how it would play out.

Trump said Tuesday that he plans to make some "very big changes" to NAFTA or else get rid of it.

Guajardo also said that the exchange rate was moving toward a more sustainable level after what he described as an overreaction by the market.